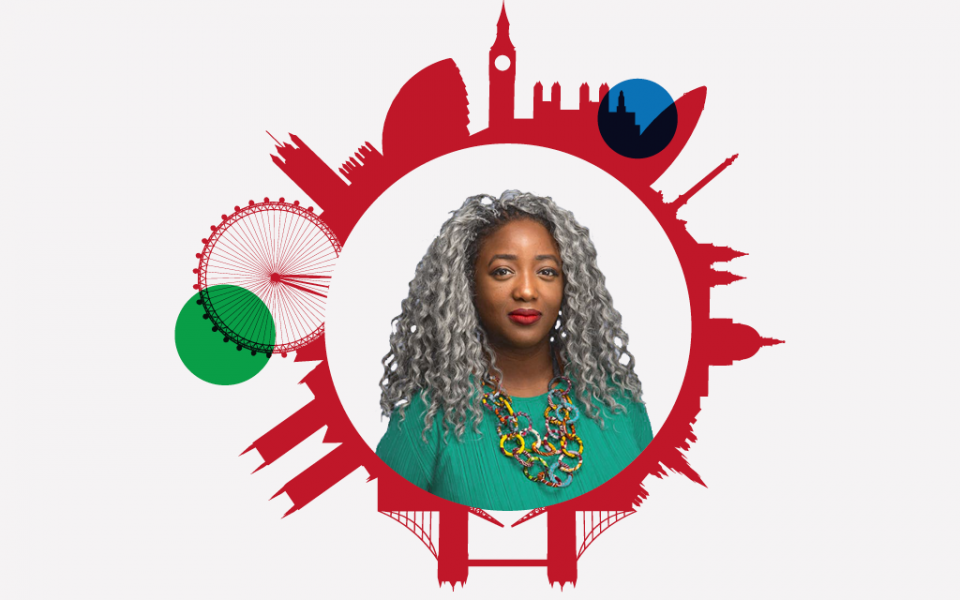 Dr Anne-Marie Imafidon examines the need for leaders to understand advances in technology to positively influence the way we work.

To many, technology, such as artificial intelligence (AI) and advanced robotics, may seem to exist in isolation within the computer labs of huge tech companies. They are something that experts are tinkering with, but don’t have much influence on those who operate outside that industry.

However, the influence and application of these innovations are much closer to home than one might assume.

“The scale of these [technologies] are so huge we often can’t quite grasp them,” explained Anne-Marie.

“There is a lot of scope for impact, economic disruption but also the solving of problems.”

Something which Anne-Marie is sure of is that the opportunities and responsibilities that come with these ever-evolving technologies should be on everyone’s radar, not just the technologists of the world.

The exponential pace of advancement in new and innovative technologies means that the sci-fi future played out in popular culture may not be that far off.

Bringing this into the context of the future of work, elements of automated decision making can already be seen in the modern workplace. According to a recent report by McKinsey, 45% of activities that individuals are paid to complete can be automated by technology currently available, with these activities equating to around $2tn of wages in the US alone.

As sophisticated as technology such as AI and machine learning may be, similar to humans, they do have flaws.

“As the technology begins to seep out, especially in spaces that involve human beings, we begin to see that it is not quite intelligent enough to move us in a positive direction and progress things, maintain the status quo and could even make things worse.”

Anne-Marie used the example of a large tech company’s image recognition software being unable to correctly identify the faces of black people, likely down to the fact that the visual features differed from those that the software was trained to recognise.

“On themes such as equality, we are beginning to see that the use of these algorithms are running counter to a lot of intelligence that we already have in human beings and the progress we have already made in terms of how we work and standards in the workplace.”

As a trustee for the Institute for the Future of Work (IFOW) Anne-Marie was involved in looking into case studies at various algorithms designed to automate the hiring and talent management processes in organisations. What she and the team found was that in some cases the automated process was unintentionally excluding potential candidates from certain roles due to their gender or race.

“One organisation was using an algorithm where they were pattern matching on who was already successful in the organisation.

“They matched it up with different data sets with information about those successful people including their social media profiles and projected that onto candidates.

“So, if success has always looked a certain way for that company internally, then measuring candidates against that meant a repetition of that old adage ‘hiring in their own image’.”

The ways in which CAs and other business professionals use this type of technology in the workplace can have a massive impact on individuals and businesses.

Anne-Marie explained this can manifest in prime candidates being overlooked for a position they would excel at due to their race or gender and, in some cases, firms putting themselves at risk of legal consequences because of this oversight.

But there are paths that the modern-day business professional can take to help create a work environment that is progressive, while also helping them to avoid the pitfalls that can sometimes come with such progression.

“The first thing you can do is to have a growth mindset,” said Anne-Marie.

“What I mean by that is you are not learning about AI to be an expert in it, but you do want to get into it to understand it. The same way that you learned English, not so you could be the next Shakespeare or Jane Austin, [but] to communicate with others and understand the world around you.”

“Including different types of people from across your organisation in technology decisions is super important to make sure you futureproof them.

“Don’t fall foul of missing perspectives of those in your organisation who reflecting the differing clients you may work with.”

Anne-Marie’s third tip is to consistently build, measure and iterate. Adopting a lean start-up mentality by approaching ideas such as ED&I and futureproofing as a series of experiments can help alleviate the feeling of having too much to learn about so many new subjects.

“Seeing all this as a series of experiments is so important and is very powerful in ensuring you continually get better, and you can make better mistakes.

“It’s an experiment – you don’t know what is going to happen next, but you are going to measure it and do it again. This allows you to be very dynamic and not allow any mistakes to sit for too long by constantly learning and auditing the outcome.”

Anne-Marie’s final piece of advice is to focus on the culture of an organisation and have staff who are self-aware enough to realise that they can use their influence to be a positive part of the application of new technologies.