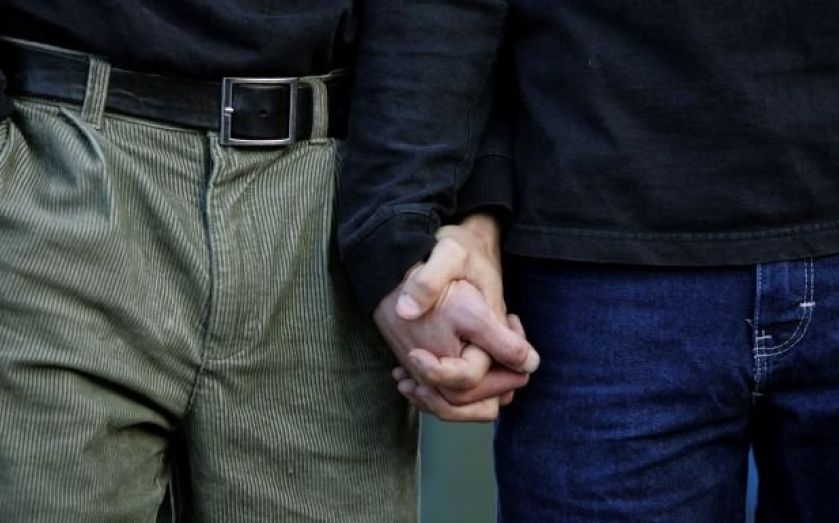 Homosexuality has always been a stumbling block for evolutionary biologists promoting Darwin's theory of events.
His laws of natural selection state that unless a trait is passed on reproductively from generation to generation, it eventually disappears – yet the percentage of the population that is gay, whether female or male, has remained roughly the same.
To explain this, a group of researchers at the University of Portsmouth has developed the theory that homosexuality helped humans form beneficial relationships with each other in the earliest hunter-gatherer communities, when being close would increase the chances of survival.
"From an evolutionary perspective we tend to think of sexual behaviour as a means to an end for reproduction,” explained Diana Fleischman, lead author of the report.
"However, because sexual behaviour is intimate and pleasurable, it is also used in many species, including non-human primates, to help form and maintain social bonds. We can all see this in romantic couples who bond by engaging in sexual behaviour even when reproduction is not possible.”
To test whether homosexual behaviour really does go hand in hand with a need to form close bonds with others of the same sex, they decided to compare sexual behaviour with the level of a certain hormone in the blood.
Progesterone is also known as a “social” hormone – it is produced mainly in the ovaries in women and in the adrenal glands in men, and encourages a person to engage with others in a positive way.
They asked a group of participants questions such as  "The idea of kissing a person of the same sex is sexually arousing to me," and: "If someone of the same sex made a pass at me I would be disgusted”. They compared the answers to the level of progesterone in the blood.
The results, published in the journal Archives of Sexual Behaviour, show that the people with higher levels of the hormone are indeed more inclined to have homoerotic thoughts.
Heterosexual men and women, for example, were more open to the idea of engaging in homosexual behaviour when progesterone was high. Men also produced more of the hormone and felt more homosexual if they were reminded of a societal need to be friendly with other males.

BISEXUALITY PROVIDED THE ADVANTAGE, NOT HOMOSEXUALITY

But for this evolutionary advantage to be passed on from parent to child, being attracted to members of the same sex would not have been enough – they would have needed to be bisexual.
“The research suggests that having exclusively heterosexual thoughts is a disadvantage – it’s better to be a little bit attracted to the opposite sex,” explained Fleischman.
Studies of other members of the great ape family have already shown a link between a need to form intimate relationships and homosexuality, but this was the first time it was revealed in humans.