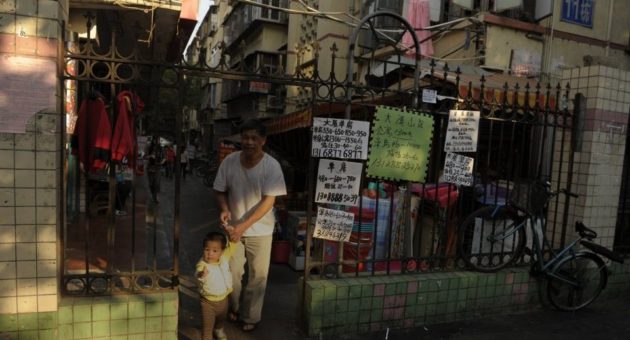 We should support Taiwan to the hilt

Some years ago I did some work that brought me into contact with Taiwan and, more importantly, a small but powerful group of figures in Westminster who had long seen the moral and strategic case for being on the side of Taipei’s government.

As a consequence of this fleeting association, I saw firsthand the way China reacts to Taiwan’s independence. Meeting Taiwanese officials for lunch we’d notice the table next to us suddenly occupied by some serious-looking people from (as my hosts would later tell me) China’s embassy in London.

On one occasion I returned home to my south London flat to find a car outside my house, occupied by people one could reasonably assume to be associated with the same embassy.

They drove off as I approached them. I mention this only to demonstrate how much apparent interest was paid to me — a minnow, whose activities were unlikely to change the course of human history. Imagine, then, what life is like for the Taiwanese who are menaced every day by a government in China that remains fully committed to retaking this island democracy by military force.

“Reunification across the Taiwan Strait is a historical inevitability” said Chinese state councillor Wang Yi this week, adding that this won’t change just because of “a local election on Taiwan.”

The election of which he speaks saw more than 8m votes (57 per cent) cast in favour of President Tsai Ing-wen, whose campaign for re-election was based on standing up to China’s threats. China is alleged to have done its best to interfere in this election, leading one Taiwanese campaigner to say: “If China is so keen on involving itself in elections why doesn’t it have some of its own?”

The bottom line is that anyone who supports democracy, self-determination and liberty should hail the Taiwanese election result and pledge their support for this bold, dynamic and fearless island state.

There should be no ambiguity. Taiwan deserves support, recognition and praise. China’s bullying approach should be condemned.

An absolute door-stop of a book landed on my desk this week: the Spears 500 guide to the top private client advisers, wealth managers and assorted professionals useful to the mega-rich.

Personally I don’t have any wealth, but it’s a valuable directory of potential industry sources. As a bonus gift, I received a copy of the new Mace magazine, produced by the irrepressible William Cash of Spears fame, which launches next week.

By the looks of it, the plan is to rival the Spectator, the Economist and the Politico website. It takes guts to launch a magazine these days but Mace deserves to flourish.

The launch edition features an interview with Sting (“all the worst people of my generation went into politics”) plus profiles of new MPs, features and a good splattering of gossip.

My favourite author, William Boyd, tells the mag it’s too early to write the Great Brexit Novel and columnist Christopher Silver looks at the history of parliamentary insults. Bravo, and good luck.

Ringing in the new decade

Bit of HR news for you all: this week marked 10 years since Steve Dinneen joined us.

The most fashionable man at City A.M. HQ has been reviewing, criticising, discovering and highlighting the City’s cultural offerings for a decade.

The City’s food and cultural scene has upped its game in recent years but Steve was plugging away at this patch before it became cool.

He’s also created a beautiful, witty and hedonistic magazine that brings together food, fashion and property. He’s built a great team and launched a lot of careers. We’re lucky to have him, and so are you.