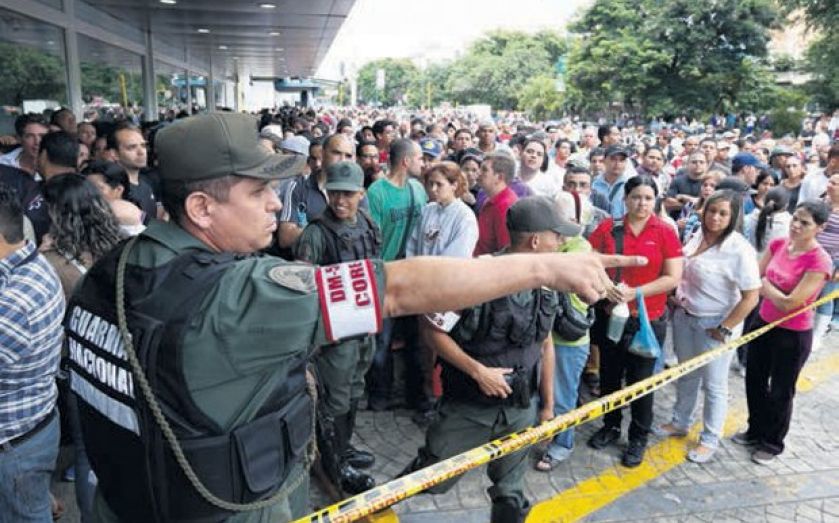 THE VENEZUELAN government physically took over some branches of an electronics chain over the weekend, demanding that the company lower its prices.

The popular line of stores, Daka, was forced by the government to lower its prices, driving huge crowds to some shops. Soldiers were deployed in some areas, and looting broke out at one outlet in the city of Valencia.

Annual inflation in Venezuela was 42.6 per cent as of July, according to official figures. However, according to Professor Steve Hanke’s troubled currencies project, in reality inflation is running at over 300 per cent.

President Nicolas Maduro, United Socialist Party successor to Hugo Chavez, raised the prospect that other businesses in the country could experience the same treatment by his government: “You haven’t seen anything. This is just the little tip of the iceberg.”