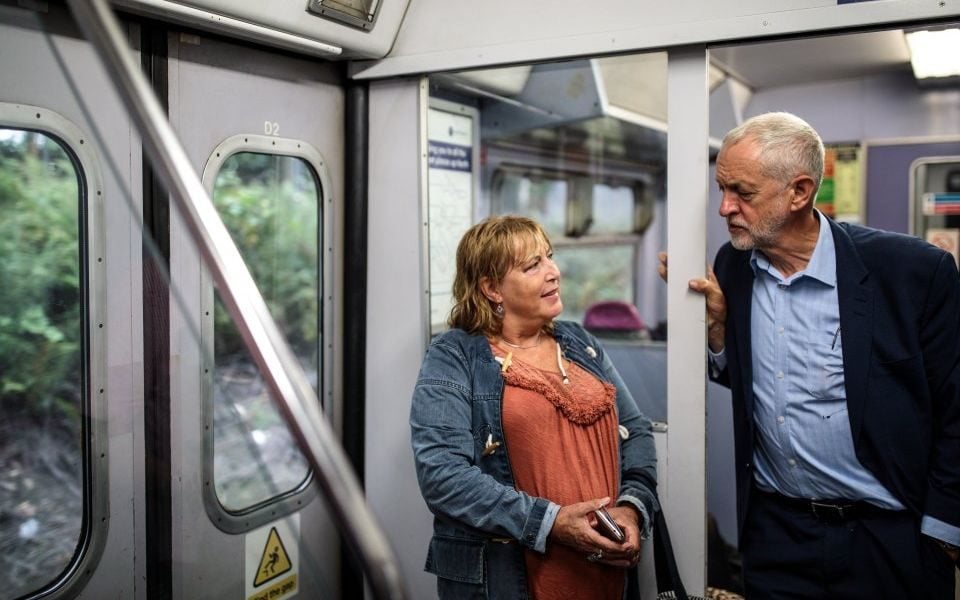 Want to buy something, but can’t quite afford it? Just use a simple trick from John McDonnell.

That, in essence, is Labour’s plan to renationalise the water industry.

Our think tank calculated that buying the firms at market price would add roughly £86bn to the national debt. The shadow chancellor thinks that this is too much. Parliament, he says, will pay the book value – which reports suggest would be in the region of £15bn-£20bn.

That, or Labour would work out the level of “shareholder investment”, deduct whatever it felt like to punish “asset stripping”, and then declare that to be the final bill.

For McDonnell and Jeremy Corbyn, that’s a great deal. But not for the country.

Last year, we estimated the extra borrowing involved in Labour’s renationalisation plans – which include water, rail, the energy networks, and Royal Mail – at £176bn. That’s the equivalent of adding 10 per cent to the national debt, or £6,471 for every household.

Yet the cost of doing it on the cheap would actually be even higher – because it would shatter investors’ confidence that Britain plays fair.

It would also rip off the 5.8m UK pension pots that the Global Infrastructure Investment Alliance has calculated are invested in the water industry – as well as millions more in the energy grid, Royal Mail, the trains, and so on.

What’s galling about this plan isn’t just the financial illiteracy, but the dishonesty. Labour has dismissed our estimates, and similar work by the Social Market Foundation, as “fantasy figures plucked from the air by politically motivated think tanks”. In fact, every figure in our report came from independent experts – and the £176bn price tag was a bare minimum.

But that’s only the start. Labour says that renationalisation won’t actually have a cost, because the profits from the companies can be used to cover the extra debt.

Yet the party is also promising to use the same profits to cut bills for consumers by £220 a year (with no explanation for where that figure came from); to massively increase infrastructure spending; and to run the companies with less regard for profit – including putting union bosses and “community leaders” on their boards.

It’s the economics of the loaves and fishes. Even Diane Abbott couldn’t make the numbers add up.

Perhaps the most pernicious lie of all is Labour’s claim that its renationalisation plans are normal.

Take McDonnell’s comments on the Andrew Marr Show last Sunday. He was talking about how those whose pensions are invested in these firms “will get the appropriate payment that parliament will decide” – not, you’ll note, the actual value of their assets. But he was quick to reassure viewers that this was normal: “It’s the same with every nationalisation in the past.”

Corbyn, similarly, has tried to give the impression that Labour is just surfing a wider wave.

Last year, he grandly proclaimed: “From India to Canada, countries across the world are waking up to the fact that privatisation has failed and are taking back control of their public services. Research by the Transnational Institute identifies 835 international examples of privatisation being reversed. It really is happening: from water under citizen ownership and control in Grenoble, France, to mail under national ownership and control in Argentina.”

Yet check his sources, and you’ll find that the 835 renationalisations he described were, in fact, remunicipalisations: cities, towns, and in many cases villages taking back control of individual services.

The 835 included eight swimming pools, seven Norwegian care homes, two cinemas in Vienna, one case of fountain maintenance in Rivas Vaciamadrid in Spain (population 460), a kindergarten in Bromskirchen in Germany (population 1,830), and groundskeeping for Rotherham Council.

Even when a significant service was taken back into public ownership, it was generally a case of a particular contract expiring and local politicians deciding that they could do a better job.

There are precious few examples of the kind of sweeping renationalisation that Labour proposes – perhaps because it’s such a stupid idea, given that such firms (in Britain at least) have consistently been more productive and efficient within private ownership.

The Transnational Institute does give 49 examples of actual nationalisations. But most are from troubled countries like Bolivia, Ecuador, Argentina, and Venezuela – or Viktor Orban’s Hungary.

Just because something has never been done before isn’t a reason not to try it. But it does mean you need to make a solid case. That’s what the advocates of privatisation did back in the 1970s and 1980s.