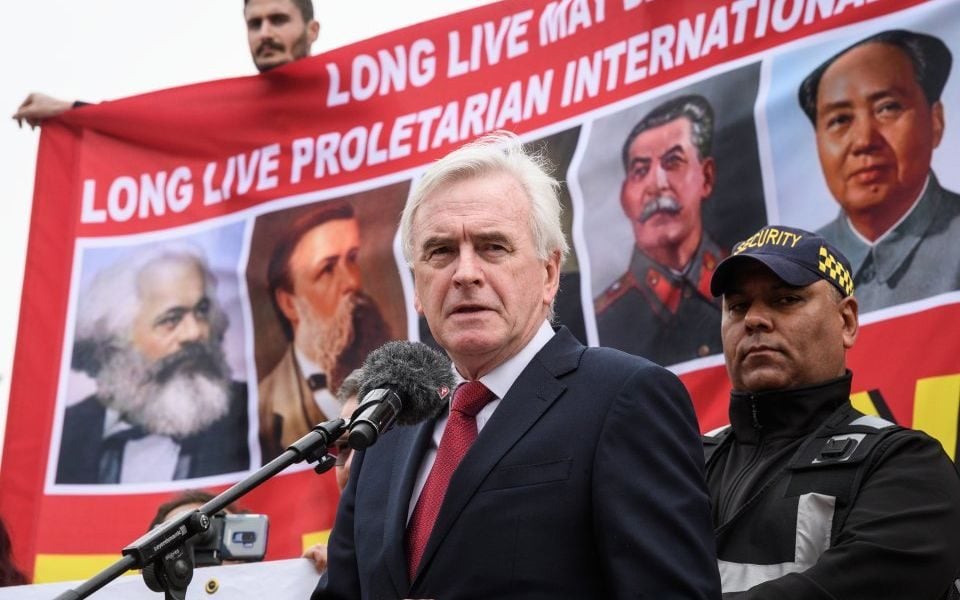 Labour's shadow chancellor can be quite charming when he wants to be.

He can also be quite thuggish, and has yet to apologise for his comments about “lynching” former Tory minister Esther McVey. But it was charming John who spoke to an audience of CEOs earlier this week, during which he was asked by one audience member to name the five most successful Marxist economies.

He declined to answer, but instead reiterated his belief that Marxist economic theory must be taken into account when formulating policy. This will doubtless generate much excitement at the Treasury, since McDonnell has vowed to retrain mandarins in “alternative economic theories.”

As he spun his Marxist sentiment to a justifiably alarmed audience, details of Labour's latest economic policy were leaking out of party HQ. As with the water companies, a Labour government would appropriate (nationalise) Britain's energy network – including National Grid, SSE and other networks. These operations have a market value of around £60bn but, as with the policy on renationalising water, Labour has no intention of compensating shareholders and pension funds with anything like market value.

We should call this audacious raid what it is: theft.

The law firm Clifford Chance is putting together a briefing on the legal issues that Labour's policies raise, and City A.M. has seen an advance copy. A Labour government would depress almost all areas of economic activity, with the exception of lawyers who would be much in demand. As Dan Neidle, a partner at Clifford Chance, says: “international law requires fair market value compensation.” Furthermore, “given the number of investors with potential access to investment treaties [to which the UK is a signatory] this is a huge problem for Labour.”

Neidle isn't a pundit or a campaigner, he is expressing matters of law and, in a move that should horrify any sane individual, he specifically warns that “you have to look at such countries as Venezuela to find examples of nationalisation for less than market value….this is not a road the UK should ever consider going down.”

This is what Labour offers: rupture and revolution. Brace yourselves.