Up in the air: Rugby is facing big decisions over the future of the Six Nations 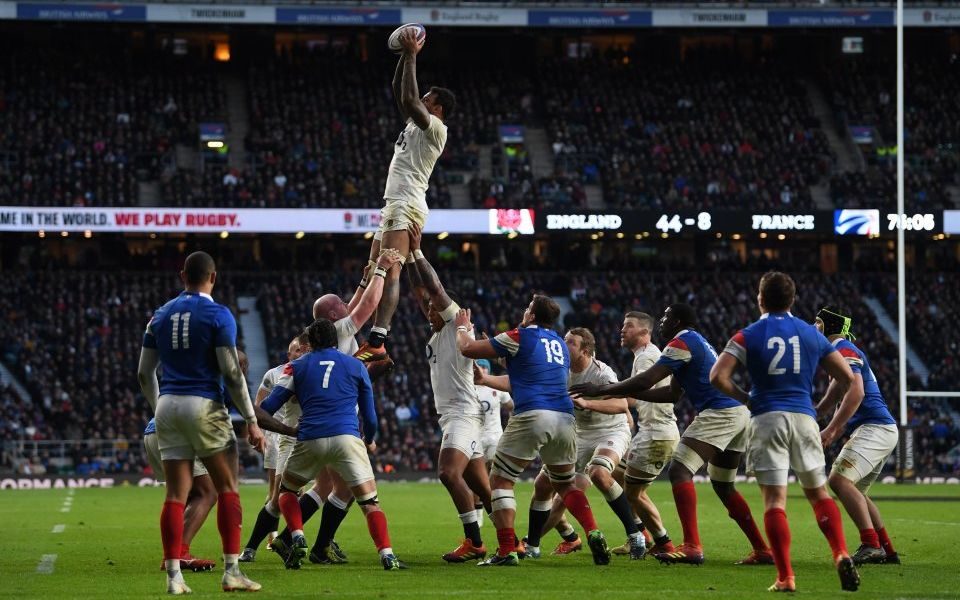 Wales may have won the battle for the Six Nations on the pitch but off the field the fight for control of the tournament rages on.

A proposal from World Rugby, the sport’s governing body, to create a global competition has ignited interest in the Six Nations, which is subject to two sizeable investment offers.

The first, from private equity firm CVC Capital Partners, is worth £500m for a 30 per cent stake in the championship and the proceeds of its commercial arm, while the second is a reported £1.75bn bid from agency IMG, which proposes to keep all equity in the sport.

Representatives from tier one nations, as well as Fiji, Japan and the International Rugby Players Association, met in Dublin two weeks ago to discuss World Rugby’s National Championship plans following an initial backlash from stars including Johnny Sexton and Owen Farrell, who said the “proposal shows no signs of improving an already difficult situation” regarding player welfare.

The timing of bids from CVC and IMG come at a time of flux and pose a serious threat to World Rugby’s proposal, which would need to be agreed by all six unions and cannot be implemented alongside another deal.

World Rugby’s vision for a 12-team competition would combine the six European unions with the four Rugby Championship teams, Japan and USA, maintaining the current competitions but amalgamating them with summer and autumn internationals.

Sides from the northern hemisphere would play those from the south, culminating in a grand final. It would also involve relegation and promotion in a bid to encourage development of other unions, but that has been strongly contested by Ireland, Scotland and Italy, with promotion only possible in years without a World Cup or British and Irish Lions tour.

The proposal has £5bn backing from marketing company Infront Sports, led by Sepp Blatter’s nephew, Philippe Blatter, and promises each team £10m annually for 12 years. It pales in comparison, however, to the £100m per country CVC are offering up front for control of the commercial arm during a time of financial difficulty for even the richest unions.

The intricacies of IMG’s proposal are unclear but it would likely involve unions pooling their commercial rights.

“Given Six Nations sponsorship deals are worth around £4m-5m a year, the CVC offer really usurps that,” M&C Saatchi Sport and Entertainment global chief executive Steve Martin tells City A.M. “They have a track record of turning things around and will be building to sell again in a number of a years. The positive would be a huge injection of money.

“That’s a great message: ‘we’ll leave it alone, we don’t want to change anything’. That’s nonsense. They’ll want to change a lot but messing with the Six Nations, which has great appeal, and moving to subscription broadcasters to increase commercial return could seriously dilute audiences.”

CVC has a history of investing in sport, most notably Formula One, inwhich it bought a 70 per cent controlling stake for around £1.4bn in 2006 before selling it for about £6.2bn to Liberty Media 11 years later.

It also acquired a 27 per cent stake in Premiership Rugby for £220m in December and has made similar approaches to the Pro14, showing intent to take increasing control of the sport.

It is a cash injection the European unions could use, but their southern hemisphere counterparts are even more in need as they struggle to compete financially. World Rugby’s proposal, which is set to be voted on in Dublin on 22 May, could be the solution as it guarantees a greater and equal share of revenue.

CVC previously owned Formula One and bought a share of the Premiership in December (Source: Getty)

“The international game is under pressure in the south,” Darren Bailey, a consultant at law firm Charles Russell Speechlys and former legal director at World Rugby, tells City A.M.

“The amount of money payable in England and France is attracting people away and you might see the best players in the south shunning the international game and coming north, creating a real imbalance and an uncompetitive global game. World Rugby are trying to create a solidarity framework where they achieve global investment with everyone pooling their rights, with a view of creating a level playing field, but more importantly allowing new and lower developed unions to expand and grow.”

The governing body faces a number of challenges to its proposal with concerns from English and French clubs regarding encroachment on their schedules, while player welfare, an increase in games and travel and relegation are also areas of contention.

Interest in the Six Nations shows it has potential for growth but it has arrived at a crossroads. The decision that European unions come to over the next two months will likely shape the future of rugby.