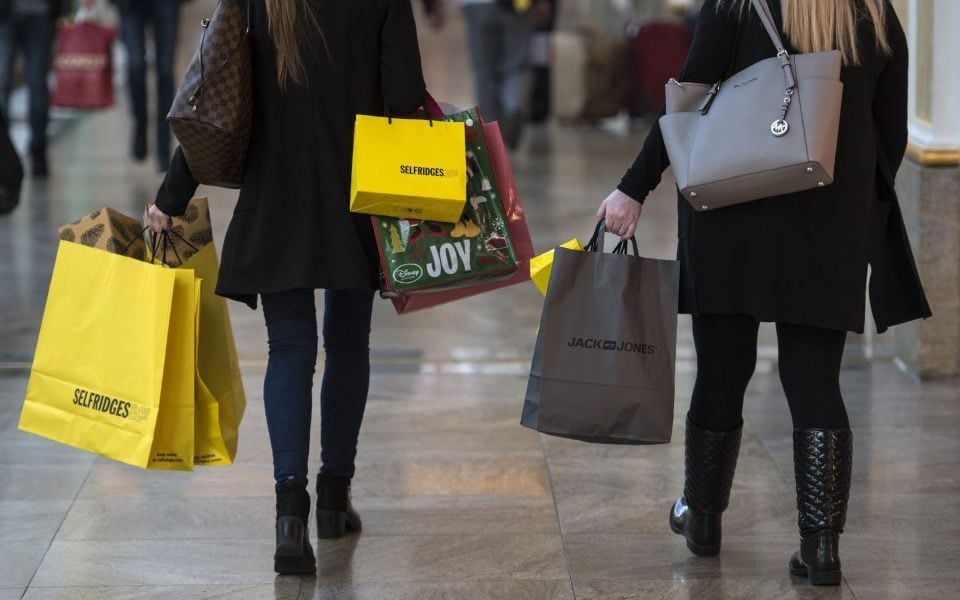 Britons bought 5.2 per cent more goods in April than in the same month a year earlier, the Office for National Statistics (ONS) figures, released today, showed.

The figures are the latest evidence that consumer spending is holding up in the UK despite the Brexit impasse.

Earlier this month the Bank of England painted a picture in its inflation report of an economy propped up by household spending as business investment and trade suffer under political uncertainty.

A near-record high employment rate has boosted wage growth, with stood at 3.2 per cent in March, according to the ONS.

Online retailing grew in April year-on-year, accounting for 18.7 per cent of total sales compared with 17.7 per cent a year earlier.

The quantity of goods bought was flat in April 2019 when compared with the previous month, with growths in clothing, non-store retailing and fuel offset by falls in all other main sectors, the ONS said.

It said that in April year on year, all four main sectors – fuel, non-store retailing, non-food stores, and food stores – contributed positively to both the amount spent and quantity bought.

Britons spent 5.5 per cent more money in the shops in April than a year earlier.

Head of retail sales at the ONS, Rhian Murphy, said: “Retail growth was strong in the three months to April with a record quarter for the online sector, driven mainly by clothing purchases, with warmer weather boosting sales.”

Ruth Gregory, senior UK economist at Capital Economics, said: “April’s retail sales figures were better than most had feared, but nonetheless suggest that GDP growth will be weaker in the first quarter than the second quarter.”

“Flat retail sales were better than it sounds following the surge in high-street spending over the previous three months,” she said.

“Meanwhile, spending off the high street may also have been fairly soft. Indeed, car registrations have continued to plunge in April,” Gregory said.