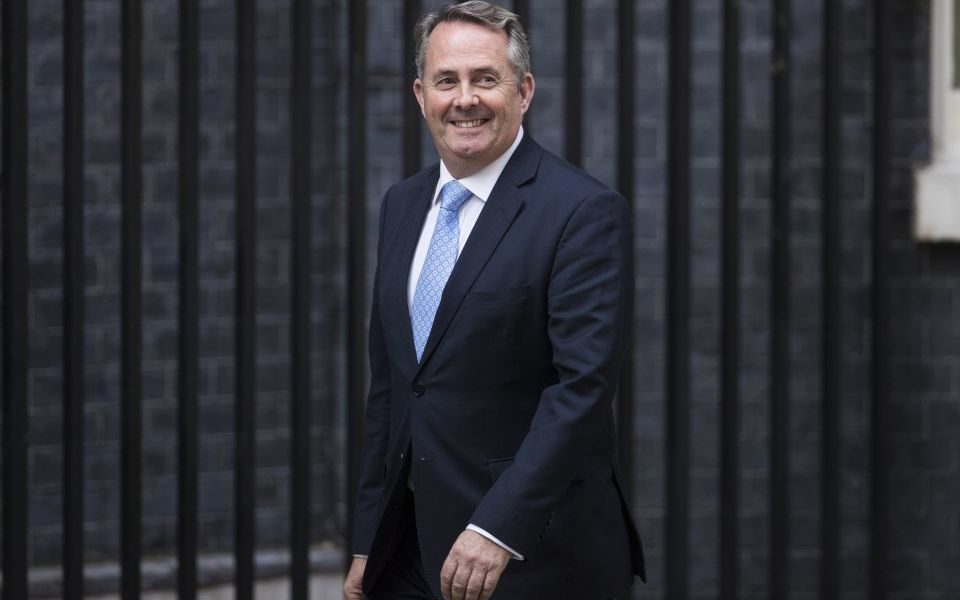 The UK could walk away from the European Union without a deal as the country prepares for Brexit, trade secretary Liam Fox has said.

The minister said that Britain would not accept separate treatment for Northern Ireland under a Brexit deal, and dismissed calls for a second referendum.

“We may or may not be able to get an agreement in which case we would have to leave the European Union without one, but we’re not going to be bounced into having another referendum,” he said.

Prime Minister Theresa May this week faced pressure from her Westminster allies in the Democratic Unionist Party not to allow a customs border to split Northern Ireland from the UK after Brexit.

Speaking a day after Jo Johnson quit the government and called for a fresh vote on Brexit, Fox said Johnson was an excellent transport minister.

“I don’t think that’s the answer because what we have to do now is accept the democratic will of the British people and get the best agreement possible,” Fox said.

Johnson said this morning that other ministers are thinking hard about the Brexit and its implications.

“I know many are reflecting hard about the deal that's looming and how they will respond to it, but it's obviously for each of them to work out how best to respond," he told the BBC.

“This is one of the most momentous questions we will ever face in our political careers. It's up to [MPs] to take a stand. I've done so, if others feel that it's right for them to do so then good on them.”

Leading Tory Brexiter Jacob Rees-Mogg rejected calls for a second referendum, but told the BBC he agreed with criticism of the deal.