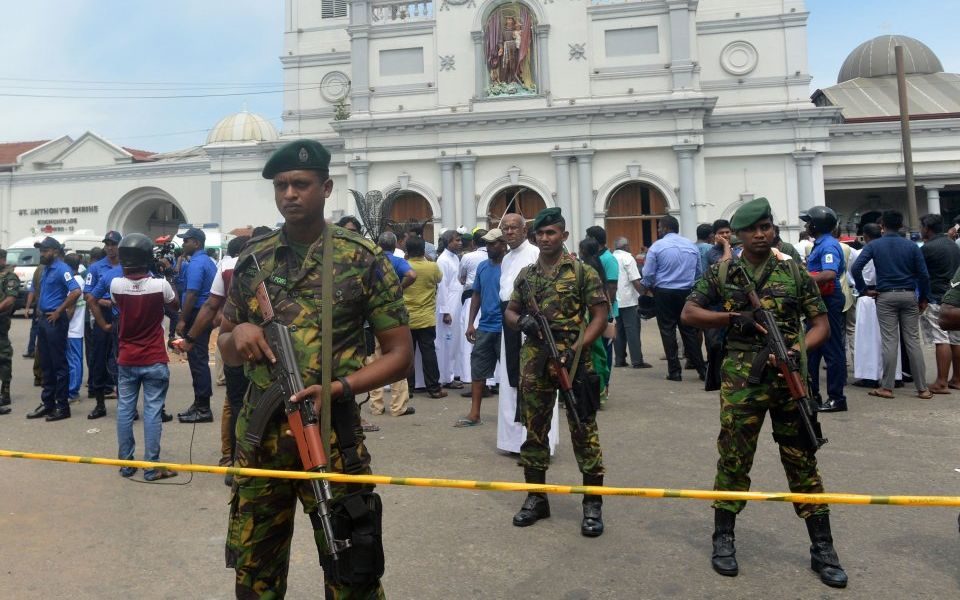 A UK investment banker who lost two children in the Sri Lanka bomb attacks has spoken about his desperate attempt to save them.

Matt Linsey, founder and managing partner of North of South Capital, told CNN that Amelie and Daniel Linsey were walking back from the Shangri-La hotel buffet when a bomb exploded.

Speaking to CNN, the London-based American described his horror as his teenage children died as one bomb was closely followed by another explosion.

“The bomb went off and they both were running toward me and I’m not sure whether that’s what killed them or not,” he said, before describing another blast that followed shortly after the first.

He said his instinct was to try and get his children out of the building.

“Maybe I should have just stayed and covered them with my body,” Linsey added.

While Amelie, 15, seemed to be moving Linsey’s son was not, with both appearing to be unconscious.

A woman offered to take his daughter downstairs to an ambulance.

Meanwhile Linsey screamed his voice hoarse calling for help to move Daniel, 19, down the stairs and tried to massage his heart.

He told the Times: “I yelled, ‘Please help my son, please help, please help.’ I thought my daughter was better off.”

He then travelled with his son to the hospital, where his daughter was also taken, but the pair could not be saved.

“I couldn’t find her because I was with my son. They sadly passed away,” Linsey told the Times.

Amelie’s school, Godolphin and Latymer School in west London, issued a statement saying: “We're obviously devastated and shocked and digesting the news at the moment.

“Our priority is supporting her family and the students here.”

Westminster Kingsway College, where Daniel was studying business,added that it was “shocked and saddened”, and is offering counselling and support to staff and children.

Eight Brits were among the 359 so far confirmed dead from the bombings as a series of explosions hit hotels and churches across Sri Lanka, injuring more than 500 people, from a coordinated suicide bomber attack.