Uber's regulatory wild ride: Meet the man behind the wheel 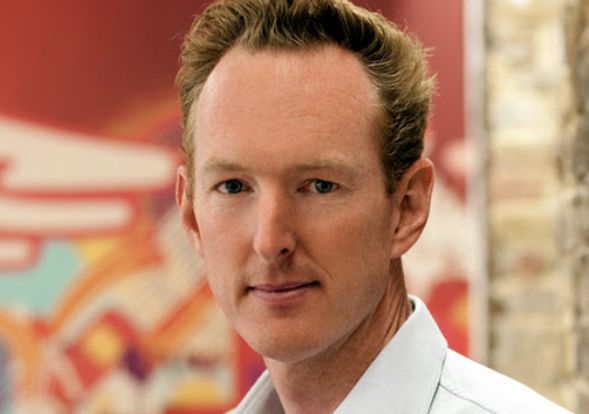 Uber UK and Europe boss Jamie Heywood may have only been in the job for 18 months, but he already personifies what the company has become since its angry confrontation with London mayor Sadiq Khan.

That spat over Uber’s London operations has seen the previously cavalier company grow into a firm that is careful and cautious, and without the free-wheeling swagger of the past.

The ride-hailing firm’s regional manager for the UK, northern and eastern Europe was flown in following a series of scandals which put the company firmly in the crossfire of the London mayor.

As the chair of Transport for London (TfL), Khan took the controversial decision to strip Uber of its licence in 2017 on the grounds that it was not a “fit and proper” operator.

The move, lambasted by Khan’s opponents, business groups and some drivers, rudely interrupted the unquestionable dominance the firm enjoyed in the capital and ruptured the belief in its own invincibility.

It has been making up ground ever since.

Two years on, and Heywood is giving his first UK newspaper interview against the backdrop of the firm receiving just a two-month extension to the 15-month probationary licence it won on appeal following the original clash with TfL.

The news came as a shock to onlookers, who had been expecting a further temporary renewal in line with the 15-month licence granted to rival Ola, which Uber sources had described as “the new normal” when seeking to play down expectations.

Was Heywood surprised at the regulator’s decision?

“We’ve been in long and close dialogue with TfL for a long time, certainly very regularly during the last 15 months,” Heywood says.

“We knew that there were a few dialogues that were still ongoing but we felt we had provided quite strong answers in those areas. I think it was not necessarily a surprise but not what we would have liked.”

Ostensibly, TfL said it granted Uber such a short licence because it needed further material from the firm before deciding to grant it a longer-term renewal.

Commentators expressed confusion at this reasoning, with the London Assembly asking what TfL could learn over the next two months that it hadn’t over the last 15.

Heywood says the outstanding issues with TfL are merely “administrative”.

“I feel confident these are queries we can address and we can get on with delivering our core business and transport for Londoners,” he says, adding that he is sure the firm will be able to continue in London from November.

It is not hard to see that Uber has faced a rougher ride than its competitors. Critics will say this is because the firm has been determined to push the boundaries of regulatory and safety rules, and have praised London for being one of the few cities to stand up to the ride-hailing giant.

Uber’s problems at the top

Uber’s woes reached a peak in 2017, when then-chief executive Travis Kalanick stood down after months of turmoil.

Various authorities rapped Uber for using software designed to deceive regulators, and it also had its business dragged through the courts over the status of its drivers.

Uber continues to argue that its drivers should be classified as self-employed, but that argument took a tumble this month when the California Senate passed a toughened bill on the gig economy.

Soon after the decision a class-action lawsuit in the Sunshine state alleged the tech firm had failed to pay its California drivers the minimum wage, overtime and expense reimbursements that they are now entitled to as employees. Uber’s lawyers believe they can fight the case.

Meanwhile in London, Khan, a Labour mayor, has never hidden his personal dislike of Uber. In the months leading up to TfL’s recent decision, he vowed to take on the “big boys” at Uber, no matter “how big” their PR budget was or how many lawyers it had.

Heywood dismisses the suggestion that the decision was motivated by politics.

“I certainly recognise the statement that he [Khan] didn’t think we should have had a licence two years ago, and I think there’s some truth to that. We at that time were not living up to the standards we were setting ourselves,” he says.

Uber’s long road ahead to profitability

It is understandable that there is a reluctance to rock the boat while TfL decides its future. But such a conciliatory approach could arguably encourage TfL to keep kicking the can down the road. That could create further uncertainty for Uber drivers and the Londoners that rely on its service.

Its highly anticipated stock market debut in May was not well received by investors, which continues to be reflected in the fact that its share price hit an all-time low earlier this month.

Uber lost $5.2bn (£4.2bn) in the three months ending in June, its largest quarterly loss ever, while its stock has fallen roughly 30 per cent since May. Heywood accepts it will take time for the company to reach profitability.

“The logic of why we think we will make money and the logic of why individuals like me join Uber is because we think there is a big problem that if we can solve, will be of value that will be accrued to us,” he says.

Heywood is focused on the need to make transport in cities sustainable – which it currently isn’t.

“Public markets bring increased scrutiny and increased transparency, and I think that just has to be good, particularly for company that wants to build itself into the fabric of how cities work.

“I’m in Uber for the long term, personally, and I think the job of giving people viable placements for private cars, electrifying our fleet of cars… these are long term goals. That’s what I’ve got my eye on, not the share price tomorrow.”

Uber has promised to make its entire fleet fully electric by 2025, passing on a so-called Clean Air Tax to its riders in order to achieve it. But first, it has to win a permanent stay of execution.