DEBATE: With Uber drivers striking over pay and conditions, is the gig economy bad news for workers? 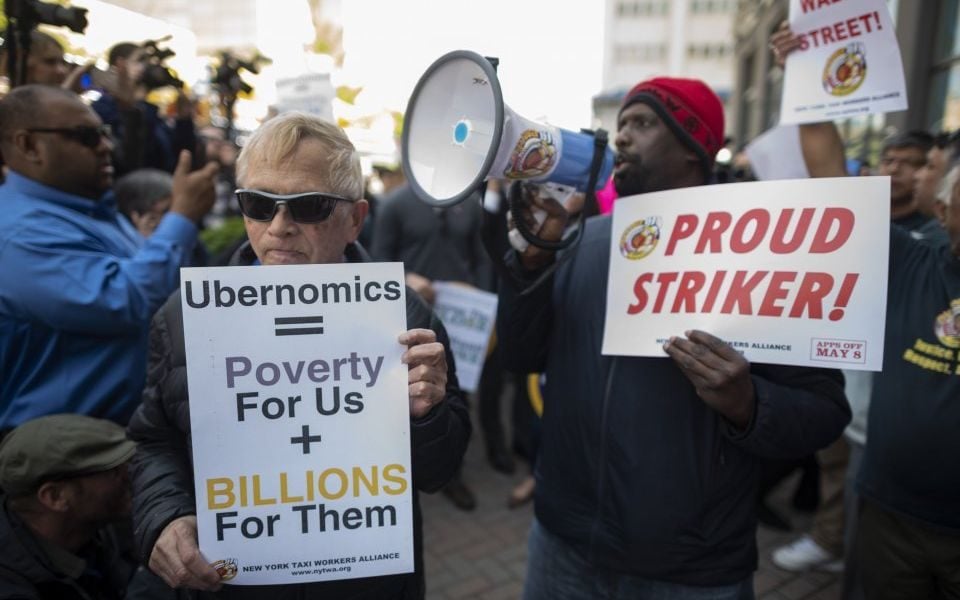 With Uber drivers striking over pay and conditions, is the gig economy bad news for workers?

Dalia Gebrial, researcher on the gig economy and workers’ rights at the London School of Economics, says YES.

The gig economy is currently rigged against workers. Platforms like Uber hide behind their status as tech firms, rather than employers, to create a worst-of-both-worlds labour model.

Drivers are considered “self-employed” when being denied basic rights like sick pay and a minimum wage, yet treated like employees when it comes to discipline, dismissal, and bosses setting rates and conditions. Workers can also be “deactivated” (fired) without any due process.

The (mis)classification of workers is central to the digital economy. It saves companies up to 30 per cent by shifting operational costs onto workers, allowing them to treat workers like a disposable resource – relying on their labour for astronomical growth and profit, while bearing no responsibility for their welfare and stability. This creates a new, intensified form of precarity and unethical work practices.

Digitisation is changing work – we should be harnessing technology to make work fairer, not more exploitative.

Annabel Denham, communications director at The Entrepreneurs Network, says NO.

This week’s strikes show that all is not well in the gig economy. Yet gigging has brought myriad benefits to workers: making it far easier to find jobs, providing flexibility (to students or working mothers, for example), and ironing out rough patches in the traditional labour market, making up for dips in conventional earnings.

A recent Oxford University survey found that most Uber drivers had moved to the platform from a permanent role, attracted by the flexibility it offered. Half increased their earnings in doing so.

In the long-run, employers that underpay or overwork will face retention problems, and will adapt. In fact, Deliveroo and Uber have both started to offer drivers more benefits, but legal uncertainty surrounding employment status is holding them back from doing more.

Current legislation needs updating, but the government must beware of shoehorning in regulation that risks stifling innovative platforms and the many workers who benefit from them.