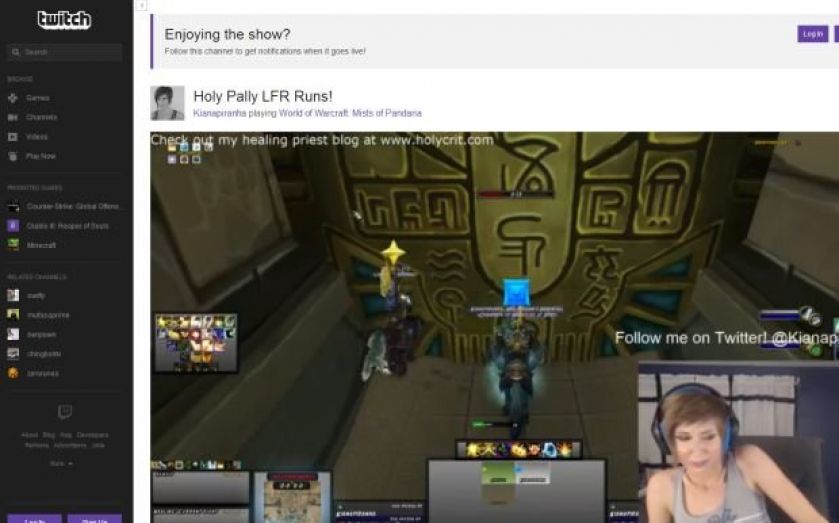 Amazon's $970m (£585m) takeover of eSport video website Twitch on Mon­day pushed the value of global tech M&A (mergers and acquisitions) so far this year to $174bn, its highest level since 2000, according to industry data.
Global tech M&A activity is up 54 per cent compared to the same period last year, according to data from Thomson Reuters Deals Intelligence, with deals such as Facebook’s $19.5bn takeover of WhatsApp in February boosting the figures.
Twitch is Amazon’s second largest acquisition to date after its $1.16bn purchase of a Seattle office building portfolio in 2012 to house its corporate headquarters.
Amazon chief executive and founder Jeff Bezos said on the deal: “Broad­casting and watching gameplay is a global phenomenon and Twitch has built a platform that brings together tens of millions of people who watch billions of minutes of games each month.”
He added: “Like Twitch, we obsess over customers and like to think differently, and we look forward to learning from them and helping them move even faster to build new services for the gaming community.”
Despite the booming activity this year, total tech deal volume remains just 43 per cent of 2000’s $397bn dot-com high.
Of the deals announced so far this year Morgan Stanley takes the top financial adviser spot, advising on 28 deals with a combined value of $28.9bn.
Total announced global M&A activity in 2014 has now reached $2.29 trillion, a 67 per cent jump compared to the same period last year, with increases in the healthcare, media and entertainment, and telecoms sectors driving the total number of M&A deals to 23,685.
AbbVie’s $54.8bn takeover of Shire, AT&T’s purchase of DirecTV for $48.5bn and Medtronic’s $42.9bn acqui­s­ition of Covidien all rank among the largest deals so far this year.

QATALYST PARTNERS | FRANK QUATTRONE
1 A Silicon Valley legend, Quattrone advised Twitch on its $970m sale to Amazon. He took dozens of tech firms public in the 1990s, including Amazon, and advised Steve Jobs on his sale of Next to Apple.
2 He disappeared from investment banking after he was accused of blocking a government investigation into price-fixing on flotations. He returned in 2008 to set up Qatalyst Partners.
3 In 2011 Quattrone advised Autonomy on its $11bn sale to HP, Motorola Mobility on its $12.5bn sale to Google the same year, and last year Tumblr on its $1.1bn sale to Yahoo.
The set up…
Ethan Kurzweil, a partner at Bessemer Ventures, which has backed Twitch since its earliest days, provided its introduction to Quattrone and his boutique investment bank, Qatalyst Partners, with a view to “catalysing interest in Twitch” following Google’s reported earlier offer for the firm.