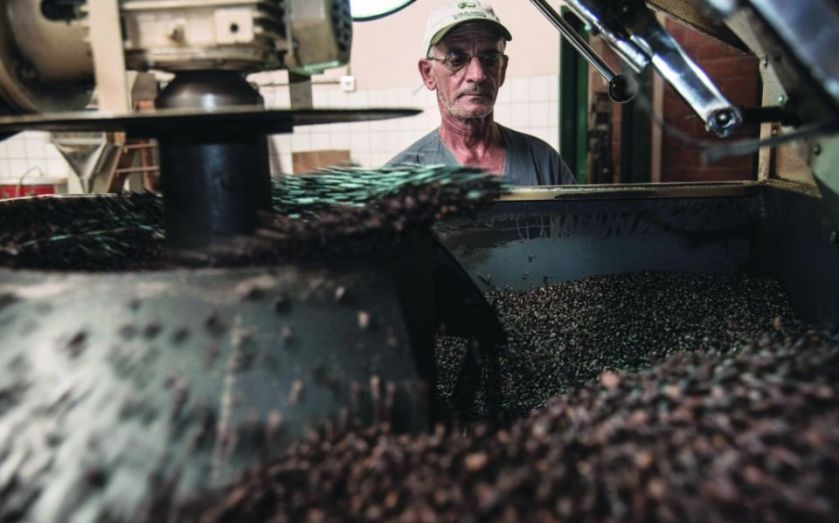 Prices of Arabica coffee hit record highs last year after a drought in Brazil, the world’s largest coffee producing nation.
A dearth of supplies on the world market meant the price of Arabica soared to $3 a pound – a massive rise from under $1.30 back in 2010.
“The drought in Brazil had a major knock-on impact on the supply side of the crop, which led to a spike in prices,” explains David Madden of IG. “Like in all markets, traders will always fear for the worst so any signs of either a drought or not having the biggest harvest… It really just went in to overdrive.”

One of the reasons coffee prices rose so high was that major buyers such as Starbucks bought “excessive” amounts to ensure they had supplies for customers if the drought continued, Madden says.
But since then prices have slumped, and the coffee spot price is around 5 per cent lower than it was two years ago. But some experts believe this price fall was “unwarranted” and this year could see coffee prices rise rapidly again, providing an opportunity for traders to go long on the crop.
“The fact that the coffee price has fallen from around $2.20 per pound back in October last year to $1.40 is really unwarranted,” says Nitesh Shah of ETF Securities.

Coffee is a notoriously volatile and complex commodity, and rather than reflecting a lower level of demand or a surplus of coffee, the recent fall in price is partly down to a weakening of the Brazilian real.
Shah says farmers are now less willing to sell the coffee stores they do have, because the real is weak. They would much rather wait until both the currency and crop prices rebound, so that they will make more on the world market.
IG’s Madden explains: “When prices move to a level farmers deem to be too low, they deliberately withhold product to push the price up and make it worth their while to sell.”

Alongside the withholding of supplies by Brazilian farmers, another factor which could push coffee prices higher is the fact the crops damaged by the drought last year have only partially recovered. This means the next harvest could be weak.
“The damage that occurred to the bushes last year is pretty much still there, so there will be another year of deficit,” Shah says.
Details of how much coffee farmers are planning to grow this season are still uncertain, and Ole Hansen of Saxo Bank believes the market may be pricing in higher production levels than will actually occur.
“That’s really the big question. There is quite a lot of discrepancy in what the market is going for in terms of production expectations,” he says. “We will only really know [the real level] over the coming months… However, I think the market is potentially being too positive in terms of [likely] output.”
Hansen thinks the price is likely to move higher this year, given the lack of firm data on production levels and the potential for a repeat of 2014’s scorching weather. “We saw what kind of impact that weather had on Brazil last year, and it could easily return this year,” he says.

Coffee prices will also be supported by a growing customer base. Demand for coffee is solid in developed markets, and is increasing across the emerging world.
Last year’s drought alongside rising demand means there will be a deficit in world coffee production of 2.6m bags in 2015-16, according to commodities broker Marex Spectron. This could mean prices will trend upwards over the longer term.
“We are in a world with a growing middle class demanding more of those luxury items… The challenge is far greater to feed that demand,” Hansen explains. “Looking at demand, potentially the outlook is to the upside.”
Coffee consumption may be rising across the world, which could drive prices over a multi-year view, but for the time being, the biggest purchasers – Starbucks et al – will take the opportunity to buy supplies on dips.
Commercial purchasers have already been buying sufficient coffee supplies to fill their requirements for the rest of 2015 and even 2016, locking in the lower prices.
“The way I see it, once we have the large commercial purchasers filling in their purchasing at relatively low levels, and with a stronger US dollar [affecting the real], I do see another leg down for the coffee market,” IG’s Madden argues.

Spreadbetters including Saxo Bank and IG have markets on coffee which will allow investors to trade the price, whether it rises or falls.
There are also a number of coffee exchange-traded funds (ETFs) which give a similar return to the price of the beans. ETF Securities has several tracker products, including the ETFS Coffee ETC which trades on the London Stock Exchange under the ticker symbol COFF. It costs 0.49 annually. ETF Securities also offers two leveraged ETFs which aim to enhance returns through borrowing and speculation. These are called the ETFS Daily Short Coffee and ETFS Daily Leverage Coffee, and they have slightly higher fees of 0.98 per cent.
Barclays has a more diversified product, which invests in cotton and sugar alongside coffee, called the iPath Bloomberg Softs Subindex Total Return SM ETN.