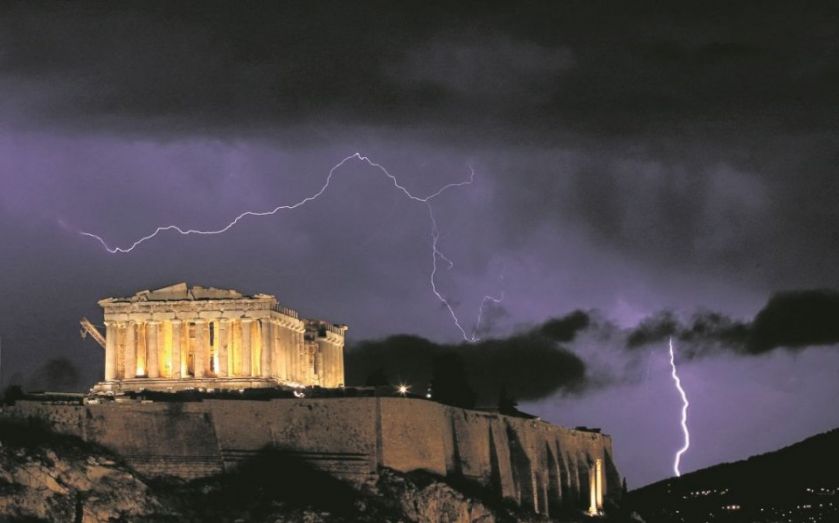 The Eurozone economy may be showing signs of strength this year, thanks in part to the European Central Bank’s (ECB) massive bond-buying programme but, politically, Europe is struggling. And we can thank Greece for that.

The forecast for GDP growth for Europe is much stronger this year than it was in 2014 – Fitch says 1.6 per cent growth for 2015 to 2017 thanks in part to lower oil prices and a weaker currency. Manufacturing is picking up, auto sales growth is in the double digits in markets like Spain, and unemployment is slowly moving lower.
But the main reason? The ECB’s trillion euro quantitative easing programme and the structural reforms that several countries have adopted in response to the Eurozone’s economic crisis have helped improve European growth prospects.
Labour market reforms led by Italian Prime Minister Matteo Renzi are starting to feed through into that country’s employment figures. Meanwhile, Spain’s economic reforms have pushed housing prices up and its unemployment rate down.
Inspired by the uptick in economic data, the weaker euro and ECB president Mario Draghi’s dovish commentary, investors have also been buying European stocks – the Europe Stoxx 600 index is up 6 per cent so far this year, even after last week’s volatility. Earlier this summer, Goldman Sachs raised its outlook on European equities to overweight.
Yet political concerns prevail, and much of that has to do with dear little Greece. While there is an overwhelming feeling among investors in Europe that central banks will absorb any economic shock caused by the Greece situation, politically there are signs of weakness.

The sharp intensification in the Greek crisis over the summer has had profound consequences for the political make-up of Europe. At the height of the crisis, leaders were pushed to reluctantly pick sides, resulting in behind-closed-doors arguments and disagreements.
The politically-motivated discussions that took place during the crisis, while they would make a good class on game theory, are also representative of how each country – in some ways – was using Greece as an opportunity to showcase their own diverse economic viewpoints: the doves and the hawks; the austerity lovers and haters; the generous and the meagre.
French President Francois Hollande was outspoken in his support of Greece’s revised reforms proposal, for example, suggesting that the head of the Eurogroup of Eurozone finance ministers Jeroen Dijsselbloem and Germany’s Angela Merkel take a closer look at that round of edits.

This was more significant than a difference of opinion over some individual measures. In order to understand what motivated Hollande to speak up, one must recognise the economic backstory of France itself, which is dealing with a series of challenges – not to mention slowing growth, as shown in the second quarter GDP figures.
Showing support at a time when Greece needs it most will hopefully lead to France getting support from Eurozone nations if the country comes to a point where it requires extra help from its peers or the ECB.
And while, just like on any school playground, picking a “team” is part of the process, you’ll always remember those who showed their support for you and those that did not.
Political experts in Brussels tell CNBC that this will have implications for future talks that take place on broader issues that Eurozone leaders will have to find a solution to. The lack of cohesion could lead to slow decision making. And when a country or continent is in crisis mode, every minute counts. 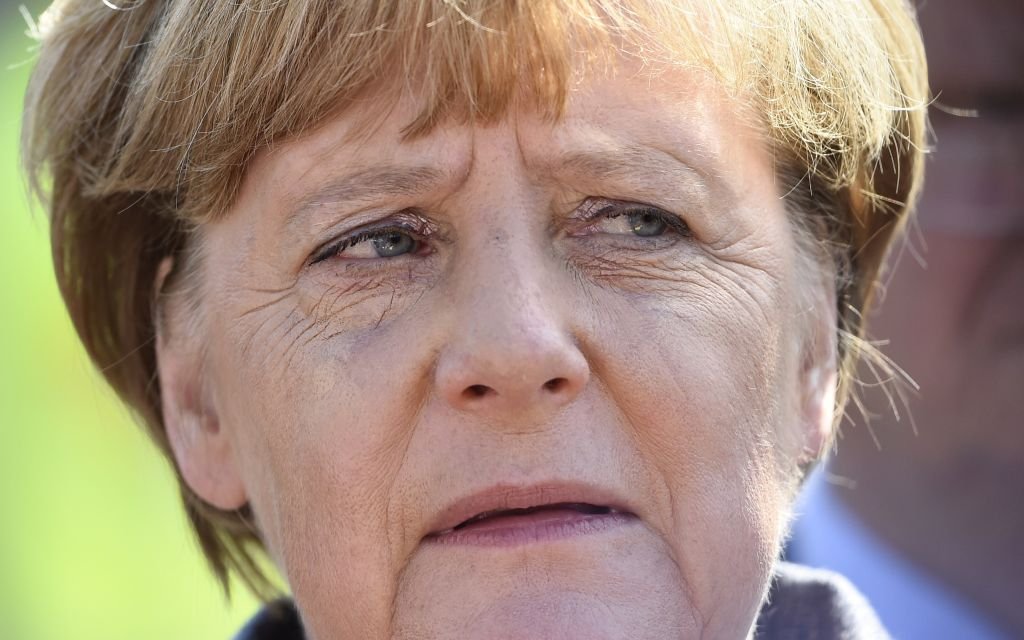 German Eurosceptics are unhappy and could make life even more tough for Angela Merkel (source: Getty)

LOST PRIDE IN THE EUROZONE

The fear is that, after an intense couple of months, where leaders were forced into drawn out talks and emergency summits to discuss the fate of Greece, individual country representatives have been left with a sour taste in their mouth.
Those who thought a certain leader was their friend now have to rethink their allies. The talks were not about boosting still-sluggish European growth, or strengthening relations with the US. Instead, they had to focus on the sick dog that needed more money to get back on its feet.
Does this reflect a sense of lost pride in the Eurozone? Perhaps not – but politically the region was stronger before the Greek crisis erupted and now it is left weaker and more divided than it has ever been.

The geopolitical and economic consequences could be deep-seated and widespread if leaders aren’t careful.
There is also a strong sense that nations like Spain, Portugal and Ireland, which took their financial hits, will be more reluctant to play by the rules in the future. John E Silvia, chief economist at Wells Fargo, says this could be a moral hazard and credibility problem for the Eurozone.
The lack of unity is also apparent within each Eurozone country. While the third Greek bailout was passed by the German Bundestag, there was a larger rebellion within Chancellor Merkel’s party.
Some market participants say this is a warning sign that the Eurosceptics in Germany are unhappy and could make life even more tough for Merkel in the coming months, especially around the Greek debt relief talks which kick-off in the autumn.
My recommendation? Rent out a villa by the beach for heads of state and make it a rule that no leader is allowed to discuss Greece. But figuring out which country will play host will probably lead to another round of heated debates, so perhaps that’s a bad idea too.