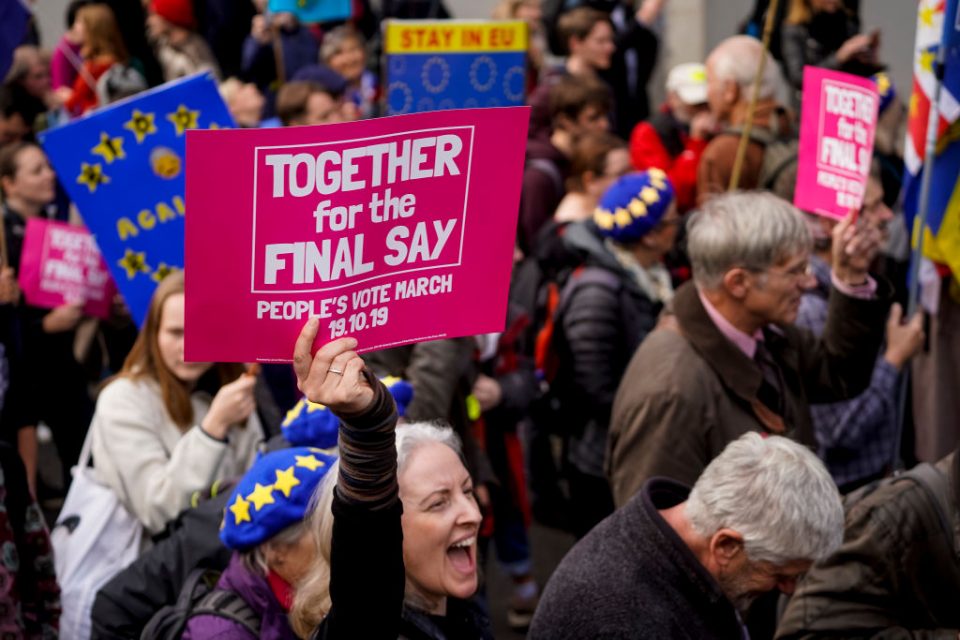 City public relations tycoon Roland Rudd is set to quit his top role in the People’s Vote campaign as the anti-Brexit movement is rocked by a fierce boardroom battle.

Rudd, founder and chairman of financial PR firm Finsbury, is reportedly set to resign as chairman of Open Britain, one of the key organisations behind the People’s Vote campaign.

The decision comes after the PR guru, who netted £40m after selling Finsbury to ad giant WPP in 2001, faced an apparent coup led by Blairites Peter Mandelson and Alistair Campbell.

Private emails seen by the Mail on Sunday revealed how the two veteran Labour politicians orchestrated a plot to bring down the chairman.

In one email, Campbell said: “I do not see how this gets done without a public battle and it should happen soon and be fast and brutal.”

The emails, which became public after they were accidentally forwarded to Rudd, lift the lid on the fierce in-fighting creating turmoil behind the scenes of the People’s Vote campaign.

The movement, which was founded last year, was originally focused on pushing for a second referendum. However, Rudd has ruffled feathers among top brass within the campaign by shifting its focus towards an overt argument for Remain.

The outgoing chairman, who is the brother of former Tory Cabinet minister Amber Rudd, is also said to have pushed for a wider shake-up of the People’s Vote leadership team, including director James McGrory and communications chief Tom Baldwin.

In a letter seen by the Sunday Times, Rudd said he wanted to set up a new umbrella organisation to pull together different factions of the campaign, and called for a “female founder chair”.

The push for a female leader would help to redress the gender imbalance on the campaign following polling that showed women are more likely to back Remain than men.

But one board member, who spoke on condition of anonymity, slammed Rudd’s involvement and said it was a “relief” he was stepping down.

“He contributed more in dinner parties than fundraising and strategy,” the board member told the Sunday Times.

“Rather than helping to bring the groups together to fight for a common aim, he was only interested in centralising the campaign around himself to the detriment of others. It became very unpleasant at times.”

Another source close to the People’s Vote campaign told City A.M. that Rudd was “belatedly” trying to shake things up after requests from fellow board members. “He’s not a champion of diversity,” the source added.

Rudd is now involved in discussions with Stephen Dorrell, chair of fellow People’s Vote group the European Movement, about creating a new organisation with a fresh executive team.

But allies of Mandelson are said to be setting up a splinter fundraising company in a bid to cut Rudd’s influence and take control of the campaign.

While the power struggle at the heart of the People’s Vote campaign appears to have been rumbling on for several months, a renewed focus on a potential second referendum has put the clash in the limelight.

Thousands of people marched through Westminster yesterday to demand a second vote on the Brexit referendum, raising hopes that the campaign could be gaining ground.

A spokesperson for the campaign said: “The People’s Vote campaign this weekend organised one of the biggest marches in British history, a letter-writing campaign that has attracted 150,000 signatories in just a few hours, while we continues to work closely with MPs standing up against Boris Johnson’s imposition of a hard Brexit.

“We have, frankly, better things to do than worry about who chairs the board of Open Britain – which is just one of the organisations that make up our campaign.”