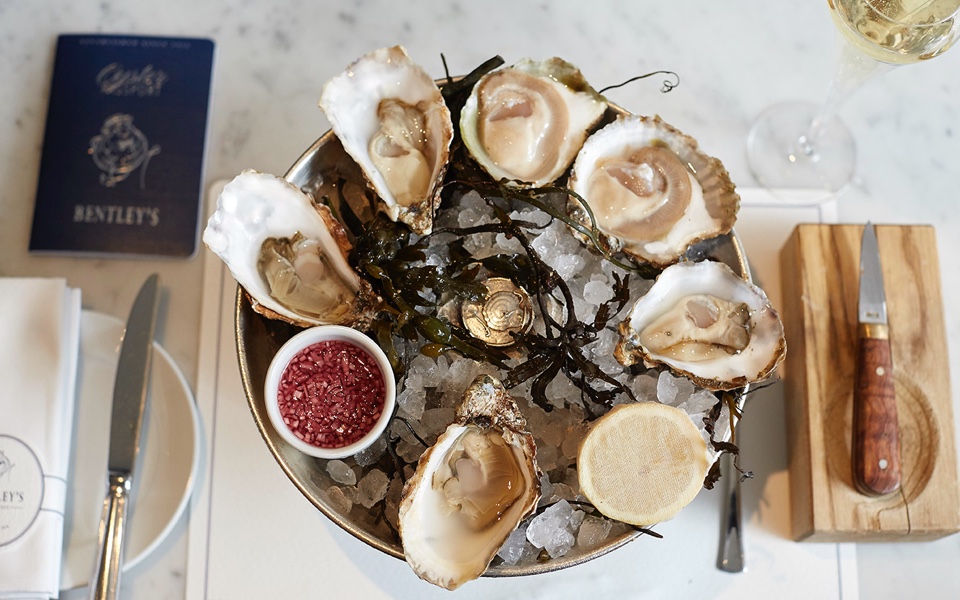 Native oysters would definitely be on the menu for my last meal. When I was growing up in the west of Ireland, we’d often have a plate of native oysters, with some soda bread and butter. The flavour is so distinctive it immediately takes me back to those days, so it’s something very special to me.

To me they represent the wild Irish countryside, which has always defined who I am as a chef. They’re the finest oysters from the British and Irish Isles, and you can’t even compare them to oysters from the Pacific. So I’m doing my bit in return with the menu at Bentley’s, which celebrates native oysters more than any other restaurant in London, as it has done since I took over the restaurant 16 years ago.

So I’m pleased to be welcoming another native oysters season. I recommend eating them without any fancy sauces or vinaigrettes, just a squeeze of lemon to bring out the depth of iron in the flavour. And you have to enjoy them with a chilled glass of sparkling wine or champagne, of course. Here are eight things to swat up on before you visit the restaurant.

• To book a table at Bentley’s Oyster Bar & Grill go to bentleys.org

Also Read:
The Royal Academy Summer Exhibition 2021 is the best in years
Share