The Royal Academy Summer Exhibition 2021 is the best in years 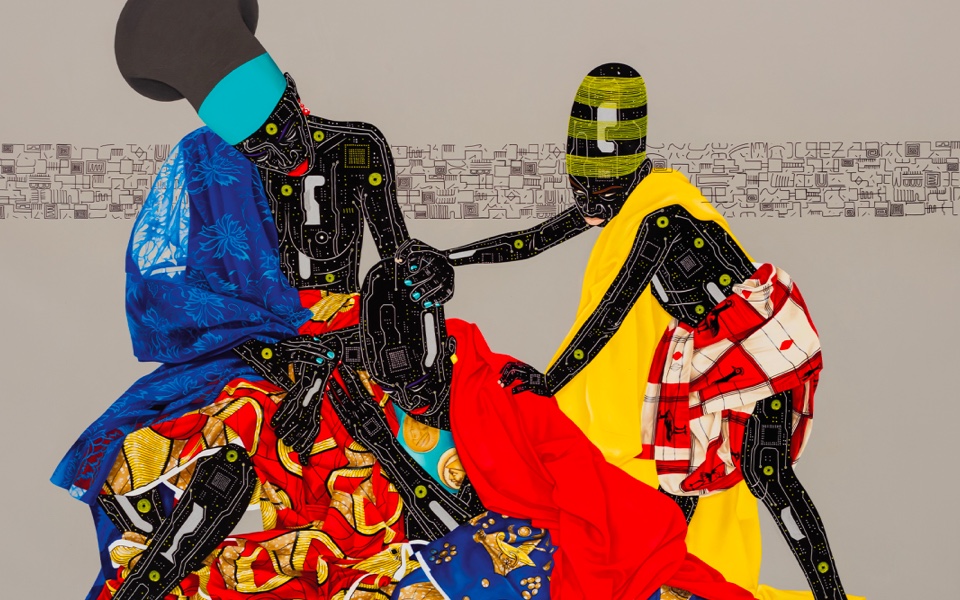 Where the Summer Exhibition – once again shunted to the autumn thanks to Covid – is usually a maddening, overwhelming jumble of artworks, this year there’s a thread of urgency and coherency running throughout. It has something to say, a collective voice that speaks more loudly than the thousands of individual voices.

Subtitled “Reclaiming Magic”, the exhibition focuses on works by “previously invisible” artists, with an emphasis on pieces by (and of) people of colour and first-time entrants. And while the stack-em-high curation of the Summer Exhibition has a tendency to reduce individual artworks to repeating wallpaper, this year it feels like a statement: the walls heave with the kind of art that has been marginalised over the centuries by not only the Royal Academy but the entire art historical establishment.

Unlike previous years, when visitors have been greeted by an atrium full of tigers and aeroplanes and bears, the 2021 show builds the tempo and volume as you progress, with the biggest and loudest pieces – vast and vivid African prints, statues clad in floral suits, thousands of toy cars trapped in an eternal traffic jam – congregating towards the end.

The Black Lives Matter protests of the last 18 months cast a long shadow throughout Burlington House – there are, of course, inevitable references to the waterlogged Colston statue – but Shonibare seems more interested in suggesting a joyous path forward. The galleries crackle with energy, from Chinwe Russell’s bright, expressive portraits of young black people to Maurice Mbikaye’s sculpture of a dapper little chap made from found materials including keyboard keys and telephone wires, who appears to have survived the onslaught of a giant ball of coronavirus.

As ever, the oversized or pithy sculptures tend to stick in one’s mind: a ladder made from laughing gas canisters snaking up a wall, presumably for visitors who would like to get high; a 20ft long punching bag adorned with an African fabric pattern; a rather disturbing United Nations flack jacket customised to fit an eight-month pregnant woman. Mingled amongst these are old favourites of the Royal Academy: Sir Michael Craig-Martin’s instantly-recognisable pictures of objects rendered in flat plains of colour (headphones, CCTV cameras, a tape measure); Allen Jones with yet another sculpture of a female nude, this time emerging from the frame of a photograph of Shoreditch; Rose Wylie with a giant pineapple.

There may be an element of the absence of art over the last year making my heart grow fonder, but this is the first time in many years I have genuinely loved the Summer Exhibition. It’s a blast from start to finish: funny, clever and important. It demonstrates what this gargantuan show is capable of, and I do not envy whoever has to follow it with show number 254.