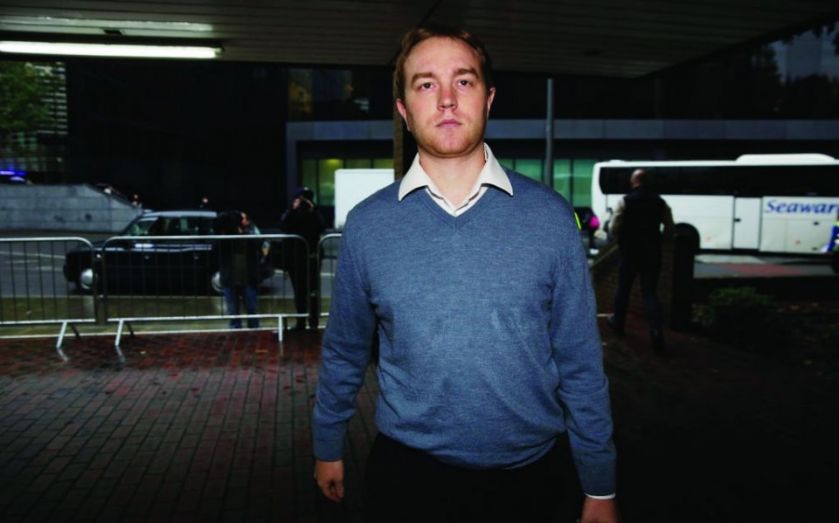 Well, that's it: former UBS and Citibank trader Tom Hayes has been sentenced to 14 years in jail, after being found guilty on eight counts of conspiring to rig the Libor rate.

During a nine-week trial, the prosecution painted Hayes as someone who acted in a "thoroughly dishonest and manipulative manner" to mastermind a web of traders and brokers to conspire to rig the Libor to benefit their trading positions.

However, the trader's defence team said he'd recently been diagnosed with Asperger's syndrome, was awkward, and found social interactions difficult. They added Hayes been completely ignorant to any wrongdoing and that his managers had been fully aware of his actions.

Here are some key dates and details from his trial:

December 2012: Hayes is arrested by the Serious Fraud Office (SFO) following 82 hours of taped interviews during which he outlines his wrongdoing in detail. Shortly afterwards, the US Department of Justice launches a parallel probe.

March 2013: Hayes signs a formal co-operation agreement with the SFO which would have made him eligible for a lighter sentence.

October 2013: Frustrated with the process, Hayes changes his legal team. His new lawyers write to the SFO to say he is withdrawing co-operation.

25 May 2015: On the first day of the trial, prosecutors allege Hayes was the ringmaster of a conspiracy which used staff in at least 10 banks and brokerages to rig the Libor system to benefit their trading positions.

They add he even tried to recruit his step-brother, who works at HSBC, into the scheme, asking his relative to encourage HSBC’s Libor submitters to help by altering the rate. But recordings played to the jury show Hayes later back-tracked on the request.

17 June 17: Hayes hits the headlines again after describing the broking market in which he used to work as being like the "Wild West" or a place without rules, and where relationships relied on lavish entertainment.

7 July 2015: Hayes' team tells the court his managers were fully aware of his actions. During evidence, Hayes explains he initially admitted to acting dishonestly to the SFO in order to ensure he faced trial in the UK, rather than being extradited to the US.

27 July 2015: The jury is sent out to consider its verdict after hearing nine weeks of evidence. It stays out for exactly a week.

Judge Jeremy Cooke tells them they must decide whether Hayes had acted dishonestly "by the standards of reasonable, honest members of society".