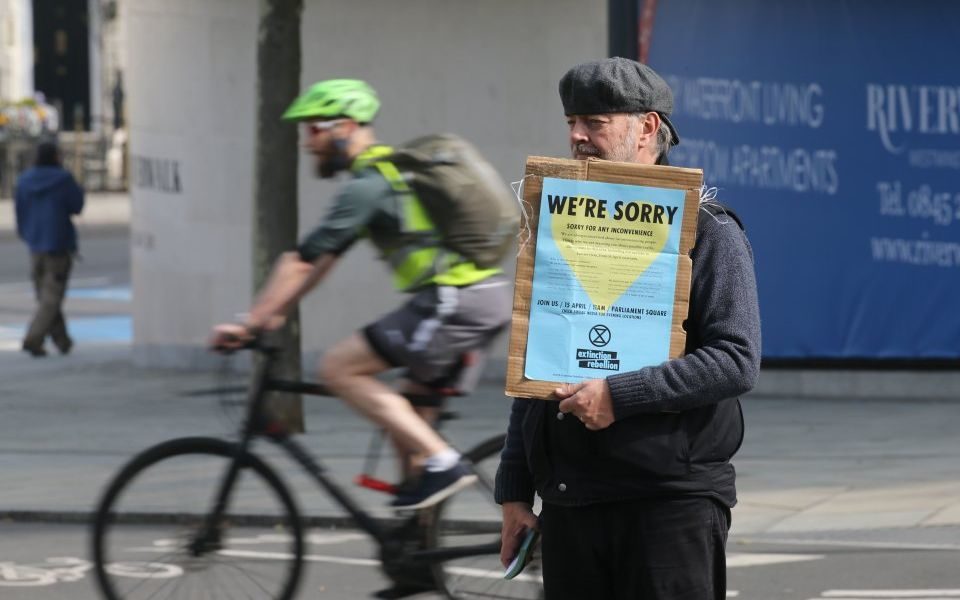 Three climate change activists have been denied bail after being charged in connection with a protest blocking a Docklands Light Railway train at Canary Wharf station yesterday.

Cathy Eastburn, 51, of Gerards Close, Lambeth, Mark Ovland, 35, of Keinton Mandeville, Somerset and Luke Watson, 29, of Manuden, Essex pleaded not guilty with obstructing trains or carriages on the railway at Highbury Corner Magistrates' Court this morning.

They were not granted bail and have been remanded in custody to appear at Blackfriars Crown Court on 16 May.

This morning protesters began to "intermittently" block Vauxhall Bridge to traffic, marking yet another London route where traffic was hit.

Marble Arch, Oxford Circus, Parliament Square and Waterloo Bridge also remain closed to traffic today, as activists vowed not to move until politicians meet their demands for a zero-carbon economy by 2025.

Police confirmed they have arrested 428 people during the Extinction Rebellion demonstrations this week.

West End businesses have complained that the action has cost them at least £12m in lost sales as footfall dropped by 25 per cent.