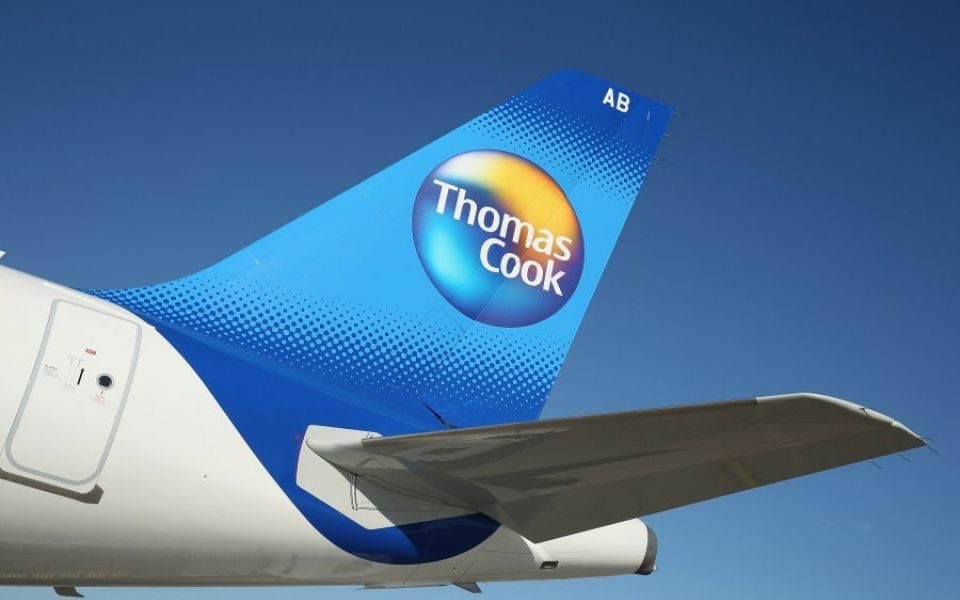 Thomas Cook shares plunged today as it issued a fresh profit warning and revealed a stunning £1.45bn loss in the six months to the end of March, after booking a £1.1bn goodwill impairment relating to a merger from over a decade ago.

Thomas Cook suffered a £1.45bn loss before tax in its half-year results today, six times higher than the £215m loss it posted this time last year.

While its underlying loss from operations rose to £245m from £170m in its 2018 half-year, a £1.1bn goodwill charge relating to the travel agent’s 2007 merger with My Travel sent it tumbling.

Thomas Cook said it has reevaluated its massive 2007 My Travel merger “in light of the weak trading environment”, saying there was “little doubt” Brexit has dampened people’s summer holiday plans.

The firm also warned of “further headwinds” as customer uncertainty amid Brexit, along with higher fuel costs and hotel costs, is expected to land a fresh blow on profits.

Shares fell 16 per cent to 19.4p in trading this morning.

It said it has successfully secured £300m in fresh lending for winter operations – but the cash is contingent on selling its airline business.

However, the travel agent told investors it has received a number of bids relating to its airline business as it attempts to sell off that arm to streamline its strategic focus.

“The measures Thomas Cook is taking to get itself back on track look sensible, but with so many challenging factors outside its control, it’s still a hostage to fortune,” Hargreaves Lansdown senior analyst Laith Khalaf said.

Saying the results make for “grim reading”, Khalaf added: “Thomas Cook’s scaled back the holidays it’s offering in response to lower consumer demand, but the competitive environment means that even so, it’s having to offer discounts to get customers to part with their cash.

“If that wasn’t enough, fuel and hotel costs are rising, while Thomas Cook also says its feeling pressure from the environmental backlash against air travel. A large £1.1bn goodwill writedown doesn’t have any cash effects on the business, but it is illustrative of the scale of the problems besetting Thomas Cook.”

He advised investors to keep the £1.45bn loss in perspective given its historic nature, but added: “Of much greater concern is a major profit warning and the creeping increase in net debt above the £1bn mark, with the company going cap in hand to lenders for another £300m to get it through the next winter season.

“Brexit uncertainty and other headwinds like rising fuel costs, excess capacity and a competitive industry environment give management little room for manoeuvre.”

He said speculation about an emergency fundraise will now only intensify unless major shareholder Fosun is prepared to make an offer for the struggling company.

Chief executive Peter Fankhauser said: “The first six months of this year have been characterised by an uncertain consumer environment across all our markets. The prolonged heatwave last summer and high prices in the Canaries reduced customer demand for winter sun, particularly in the Nordic region, while there is now little doubt that the Brexit process has led many UK customers to delay their holiday plans for this summer.

"Our loss from operations for the period was £1.4bn, which reflects a non-cash impairment of historic goodwill, largely related to the merger with MyTravel in 2007 which we have re-valued in light of the weak trading environment.

"Despite this more challenging environment, we have made good progress on our strategy of differentiation. Following the announcement of the strategic review of our group airline in February, we have received multiple bids, including for the whole, or parts, of the airline business. As we assess these bids, we will consider all options to enhance value to shareholders and intensify our strategic focus.”