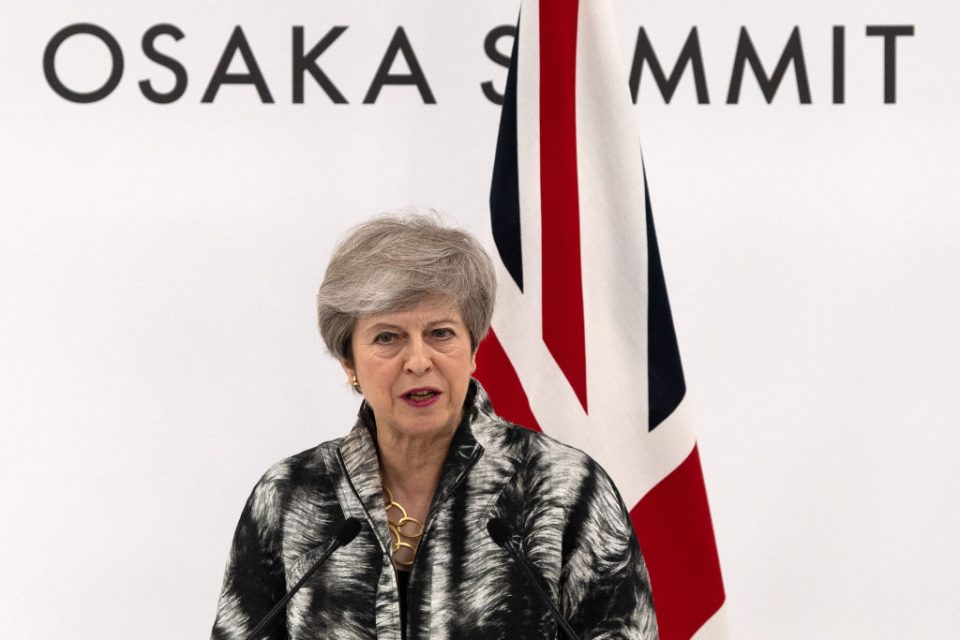 Speaking after the two-day G20 summit, Prime Minister Theresa May told other countries to “raise their ambition” to tackle climate change.

May said that other governments should copy the UK’s new aim of net zero carbon emissions by 2050 and world leaders should “embrace this target”.

Talking at a press conference after the summit, May told reporters: “Over the past two days, leaders have discussed some of the most pressing challenges facing our nations.

Read more: May tells Putin that the Salisbury attack can never be repeated

“In recent months we have heard hundreds of thousands of young people urge us – their leaders – to act on climate change before it’s too late.

“I am proud that the UK has now enshrined in law our world-leading net zero commitment to reduce emissions. And I have called on other countries to raise their ambition and embrace this target.”

But a joint declaration from the world’s richest 20 countries to tackle climate change was only agreed upon after the US inserted an exemption cause.

The United States was the only country not to reaffirm its commitment to implement the 2015 Paris climate accord.

President Donald Trump said he would not change his mind regarding the decision to withdraw from the agreement in 2017, as it was not in the benefit of American workers on the economy.

The clause read: “The United States reiterates its decision to withdraw from the Paris Agreement because it disadvantages American workers and taxpayers.

“The US’s balanced approach to energy and environment allows for the delivery of affordable, reliable, and secure energy to all its citizens while utilising all energy sources and technologies, including clean and advanced fossil fuels and technologies, renewables, and civil nuclear power, while also reducing emissions and promoting economic growth.”

Read more: Trump tells Putin not to “meddle” in 2020 election

The remaining 19 leaders agreed to the proposals and all 20 agreed to work together on other facets.

The communique said: “[All G20 nations] will strive to foster inclusive finance for sustainable development, including public and private financing mobilisation and alignment between them, as well as innovation in a wide range of areas for low emissions and resilient development.

“Climate actions at all levels with broad participation, including by non-state actors, will be the key to realising such a paradigm shift.”