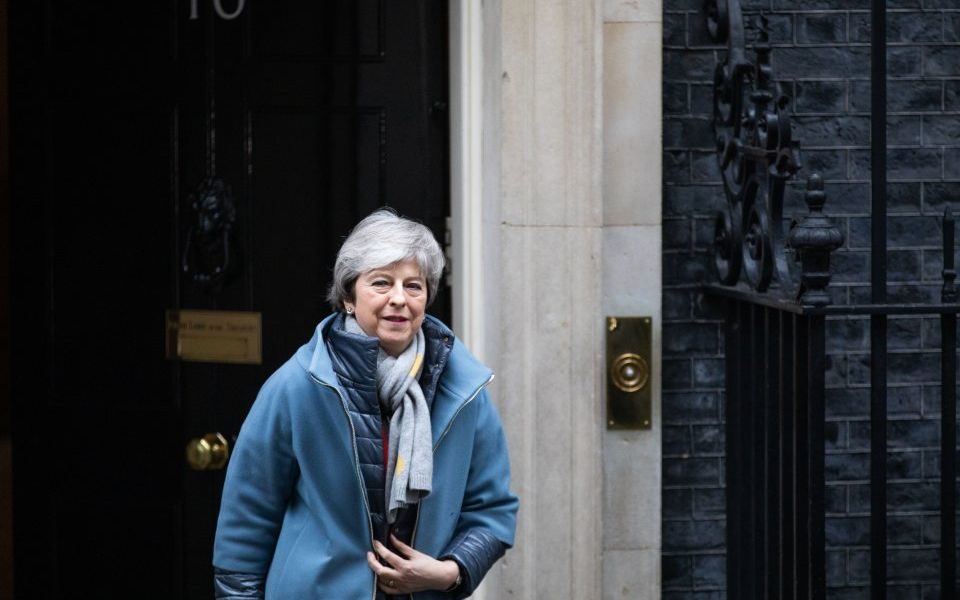 Theresa May has lost control of Brexit after suffering a second humiliating defeat on her withdrawal deal.

The PM’s plan was voted down by a majority of 149 MPs after she failed to win changes to the treaty that would allow UK to unilaterally exit the controversial Irish border backstop arrangement.

MPs will now vote on whether the government should pursue a ‘no deal’ Brexit or ask the EU for a negotiation extension beyond March 29.

In a bid to keep her fractured party together, May will grant a free vote on whether ‘no deal’ should become government policy – meaning cabinet ministers will be able to take opposing views.

Downing Street last night refused to say how the PM would vote later today, although there was speculation in Westminster last night that she would not support a ‘no deal’ outcome – a far cry from her previous insistence that “no deal is better than a bad deal”.

Any extension to the talks would have to be agreed by all 27 EU member states, and last night the organisation's chief Brexit negotiator struck a dismissive note in the wake of the defeat.

“The EU has done everything it can to help get the Withdrawal Agreement over the line. The impasse can only be solved in the UK. Our “no-deal” preparations are now more important than ever before,” tweeted Michel Barnier.

May hoped she had done enough to win support for her deal after late night talks with the EU in Strasbourg on Monday.

However, the additional agreement over the temporary nature of the backstop – which sees the UK locked in the EU’s customs union to avoid a hard border with Ireland – was blown apart by the government’s top legal advisor, attorney general Geoffrey Cox.

He ruled that even with the changes, the UK could still be trapped in the backstop indefinitely.

That verdict ensured hardline Tory Brexiters and DUP MPs felt unable to support the deal, and they joined opposition parties to inflict another defeat on May.

Speaking after the vote, May – who had struggled with a sore throat all day – warned MPs that backing a delay would not in itself solve the problems around Brexit.

She added: “The EU will want to know what use we mean to make of such an extension.

“This House will have to answer that question. Does it wish to revoke Article 50? Does it want to hold a second referendum? Or does it want to leave with a deal but not this deal?

“These are unenviable choices, but thanks to the decision the House has made this evening they must now be faced.”

Former Brexit Minister Suella Braverman, who voted against May’s plan, said an extension to the negotiation period would be “pointless”.

“No deal is better than a bad deal and I hope that’s the course of events,” she said.

On Tuesday morning, numerous Tory MPs who had voted against the deal in January were waiting to see if the attorney general had changed his view on whether the UK could be trapped in the backstop indefinitely.

Cox’s advice, published just after 11am, dealt a hammer blow to the chance of enough MPs switching their view, stating the legal risk of such an outcome “remains unchanged”.

One Tory MP put his head in his hands when told of the conclusion, while another said: “That won’t get the DUP onside, so we can’t vote for it.”

By mid-afternoon it became clear that the DUP and the European Research Group of Conservative MPs would indeed be voting against the plan – meaning defeat was a mere formality.

The possibility of a third vote on May's deal remains, but with MPs now in the driving seat the government's ability to pursue such a strategy has been severely undermined.