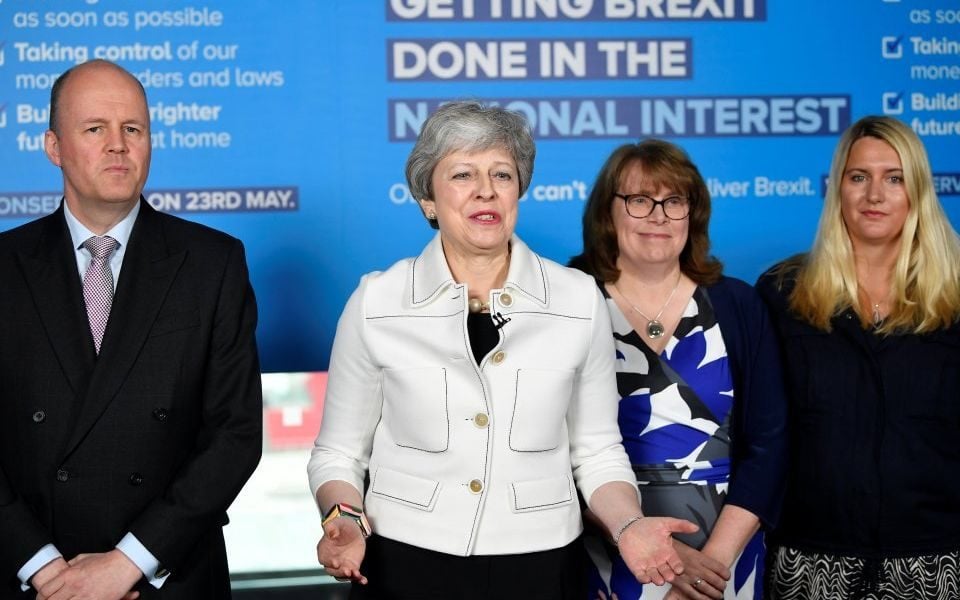 Theresa May has promised to put a "new and improved" deal before MPs when they are asked to vote on the Withdrawal Bill in the first week of June.

May's pledge comes after cross-party talks with Labour aimed at reaching a Brexit compromise fell apart without resolution on Friday. Labour said it was unable to win assurances that any agreement reached would be honoured by the next Tory leader, while the Tories claim that splits in Labour over whether to hold a second referendum were to blame.

Writing in the Sunday Times, May said: "When the Withdrawal Agreement Bill comes before MPs, it will represent a new, bold offer to MPs across the House of Commons, with an improved package of measures that I believe can win new support," she said.

May added that the details on the deal will be out to Cabinet next week, which will also consider whether to hold indicative votes on various Brexit options before the bill is put before MPs.

"But whatever the outcome of any votes, I will not be simply asking MPs to think again," she wrote. "Instead I will ask them to look at a new and improved deal with fresh pairs of eyes — and to give it their support.

"While the deal MPs are to vote on will be different, the dynamics of their decision will remain the same."

In a warning to the MPs on her own benches advocating a no-deal Brexit, in which the UK would default on trading terms set by the World Trade Organisation, May said that parliament "will do all it can to block it".

"The British people want Brexit resolved, so our country can move forward and address the many other issues that they care about. They will be looking to parliament to break the impasse. Backing the withdrawal bill is the way to do that. It is now high time we delivered."

Next week promises to be another tough one for May, as polls for Thursday's European elections over the weekend pointed to the Tories slipping to fourth place. In a Comres poll, Nigel Farage's Brexit party stormed ahead on 31 per cent on the vote, while Labour was on 22 per cent, the Lib Dems on 16 per cent and the Tories on just nine per cent, level with the Greens.

A separate Opinium poll put the Brexit Party at 34 per cent, with Labour in second place on 20 per cent. The Lib Dems were in third place, on 15 per cent, while the Tories were in fourth place on 12 per cent.

Amid the dire ratings Conservative heavyweights Lord Heseltine revealed that for the first time he would not for his party in the European elections and would cast his vote for the Lib Dems instead.

"The reason for my experiment with the Lib Dems is, of course, the government's position on Brexit," he wrote in the Sunday Times. "I cannot, with a clear conscience, vote for my party when it is myopically focused on forcing through the biggest act of economic self-harm ever undertaken by a democratic government."