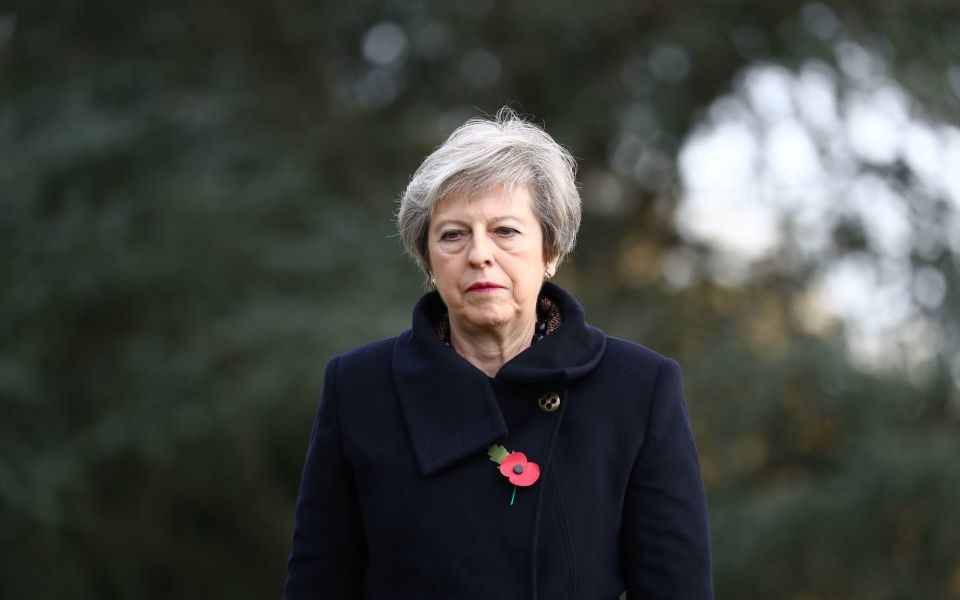 Theresa May faces a last-minute battle to formulate a Brexit deal to present to her Cabinet this week.

The Prime Minister is scheduled to hold a Cabinet meeting on Tuesday yet is still as loggerheads with the EU, and is coming under increasing pressure at home.

May endured a tough weekend following the resignation of transport minister Jo Johnson over the government’s handling of Brexit negotiations, which are reported to be on the brink of falling apart following the EU’s rejection of one of May’s key solutions to avoiding a hard border in Northern Ireland. Officials were locked in talks over the weekend, with little sign of a breakthrough.

May had proposed that the whole of the UK should be kept in a temporary customs union with the EU to prevent a hard border in Northern Ireland, with a mechanism that would allow the UK to leave either on its own accord or with the EU’s consent.

However, the Sunday Times reported that senior EU officials have rejected May’s “independent mechanism” to end the temporary backstop arrangement.

“No member of the government, let alone the Cabinet, could conceivably support them, or so you would have thought. And yet the awful truth is that even if the cabinet mutinies – as they ought – it will make little difference,” he wrote in the Telegraph.

On Friday, Boris Johnson's brother – Jo Johnson – lamented the way in which the Prime Minister had conducted the negotiations, branding it a “failure of British statecraft on a scale unseen since the Suez crisis”.

Jo Johnson wrote that the choice May had given parliament – between the Chequers deal and no deal – was “no choice at all”.

“The first option is the one the government is proposing: an agreement that will leave our country economically weakened, with no say in the EU rules it must follow and years of uncertainty for business. The second option is a 'no deal' Brexit that I know as a transport minister will inflict untold damage on our nation.”

He added: “Given that the reality of Brexit has turned out to be so far from what was once promised, the democratic thing to do is to give the public the final say.”

Jo Johnson’s resignation – the 14th so far this year – prompted fears that others could follow suit.

Earlier today Brexiter Andrea Leadsom urged colleagues to support May when asked by the BBC if other ministers were on the verge of resigning.

"I do urge colleagues to support the Prime Minister,” she said. "We are at a very difficult stage. What we have to do is hold our nerve and keep negotiating, make sure that we are pointing out to our EU friends and neighbours that it's in all of our interests to get a good deal."

Starmer said MPs were not duty-bound to vote through a "bad deal" in parliament and must instead "take back control".

Meanwhile Tory MP Steve Baker joined the DUP's Brexit spokesman Sammy Wilson in indicating that they would vote down May’s deal in its current form.

"If the government makes the historic mistake of prioritising placating the EU over establishing an independent and whole UK, then regrettably we must vote against the deal," they wrote in the Sunday Telegraph.