The public wants leadership on climate, not a bitter culture war 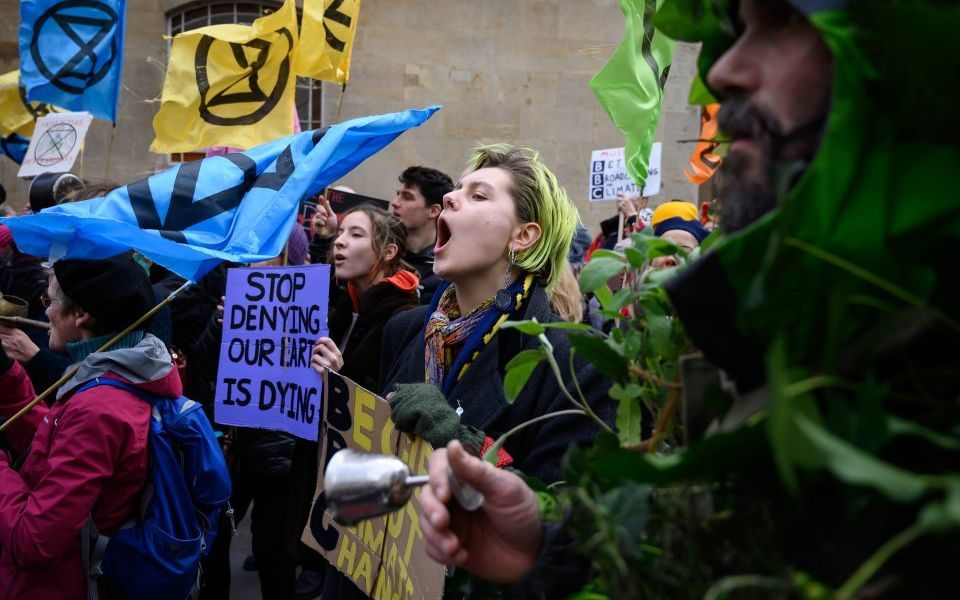 The plan by Extinction Rebellion offshoot Animal Rebellion to shut down Billingsgate fish market is one of the daftest things I’ve heard.

In the list of priorities for reducing greenhouse gas emissions, the fishing industry is nowhere. Wild-caught seafood is probably the lowest carbon source of animal protein you can eat, so it’s hard to see how stopping fishmongers selling seafood is in any way constructive.

I expect there is a broad section of society who will sympathise with the aims of this week’s protests, but see stunts like this and groan.

They want politicians to rise to this challenge, but in a way which focuses on practical achievement and respects people’s right to go about their daily lives.

And they don’t fancy having their gas boiler ripped out in the next five years – which is the Beijing-like level of state intervention that would be required to meet activists’ demand of net-zero carbon emissions by 2025.

However, nor do they want a sterile, polarised culture war between climate activists and a morally obtuse faction of the right which sneers at people for having the basic scruples to care about the natural world.

You know who I mean: people who think it is more important to take potshots at Greta Thunberg than show a grain of common humanity over the concerns she raises, encouraged by MPs who raise their voices to demean protesting schoolchildren, but never to discuss the dire risks climate change poses for human welfare.

If some on the right feel threatened by the climate movement, they deserve to, for barely trying to understand the greatest political, humanitarian and technological challenge of their time, let alone offer answers.

So I was personally cheered to hear the Prime Minister say that “we can beat the sceptics” in his party conference speech last week. The centre-right can and should do a lot more to dismantle this association.

Humanity is moving into a new and highly uncertain chapter in its history. We are on track to all but wipe out coral reefs, even if we get our act together and meet the Paris Agreement’s goals (which we are currently nowhere near doing). There are people in the Indo-Pacific and Caribbean regions who don’t even know whether they will have a country in a few decades.

Domestically, the fire service is under increasing pressure, and already vulnerable people face climate impacts without insurance or compensation.

We need a societal response, based on foresight, confidence in each other’s goodwill, respect for personal freedom, and a level-headed focus on practical outcomes.

Realism and balance are key to credibility. You can be direct about the scale of the challenge without engaging in hyperbole. You can favour market-based solutions without being an ideologue. You can harness the expertise of people in industry as well as giving them clear expectations. You can view responsibility as the complement of freedom, not kick against everyone who asks you to adopt it.

Climate activists need to recognise a fundamental reality: we live in a society where people have the option to vote excessively controlling governments out of power. It is not acceptable for unaccountable protesters to tell us that they intend to “force” our government – by extension, us – into accepting an extreme, socially destructive course of action of their choosing.

But nor is it constructive for the right to relapse into its delusions that tackling climate change is the exclusive agenda of “eco-socialists” or “elites”, rather than normal caring individuals.

Those of us who believe that our current political and socioeconomic system can rise to this challenge must not just assert that it can – we must demonstrate it. We need a broad, national coalition to tackle climate change between government, business, public services, finance, land managers, and civil society.

Everyone who asks “what can I do?” should get an answer. And those who have been living in a moral vacuum on climate change need to understand that the rest of us will not do the same.