The Immersive Wolf Of Wall Street review: A trading tragedy 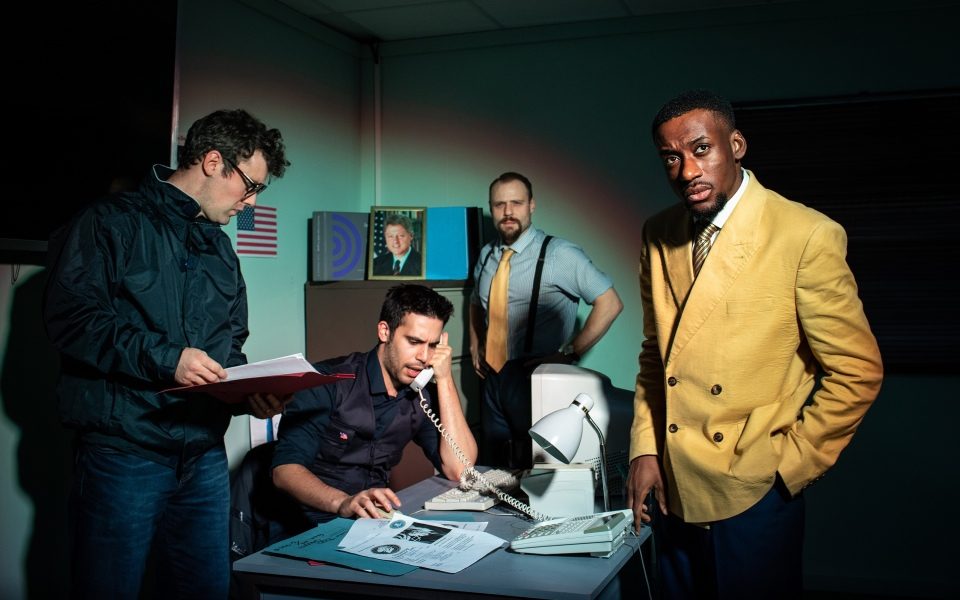 The Immersive Wolf Of Wall Street, a theatrical event that promises to transport you into the hedonistic world of crooked stocks trader Jordan Belfort, has had a traumatic birth.

The official opening was delayed owing to a “script in flux” and three separate flooding incidents at its venue near Liverpool Street.

And boy does it show. The “set”, which spans several floors of what will one day become a hotel, feels like it could come crashing down at any moment. Every surface bulges cheaply to the touch; sheets hang from ceilings; a cocktail bar is decorated with glued-on  CDs. “Opulence” is not the word that springs to mind.

This could be forgiven if the material were up to snuff, but tonally it’s all over the place. The writers clearly want to capture the chaotic energy of Martin Scorsese’s 2013 movie (which I’m not sure would be made today, given the radical change in the cultural conversation) but are terrified of being seen to condone Belfort’s behaviour.

Read more: My Brilliant Friend at the National Theatre review

So one minute the audience is encouraged to chant “fuck the poor” as bank notes flutter from the ceiling, while the next they sit in awkward silence watching video footage of a flight attendant testifying about a sexual assault. And a genuinely gripping confrontation between Belfort and his wife is followed by a bizarre piece of beat poetry railing against an unjust system. It feels like the script was written by a dozen different people, with the caveat that nobody was allowed to see what the rest had come up with prior to opening night.

There are also logistical problems: there’s little of the freedom you get in more accomplished immersive productions. Here you’re simply funnelled from room to room. Occasionally your group will be divided in two, with each half watching a few alternative scenes before everyone is clustered back together for a set piece: a boardroom meeting or a coke-fuelled party, none of which are particularly exciting. Apparently up to 25 hours of material is packed into the three-hours-and-change, but I left without feeling I’d missed anything.

Strong performances in the lead roles make things just about bearable, especially Ollie Tilney – who reminds me of a young Aidan Gillen – as the Wolf himself; Belfort doesn’t deserve his charisma. Also worth noting are Adam Devally, who pulls off a brilliantly dim Steve Madden; James Bryant, who does a passable impersonation of Jonah Hill; and Rhiannon Harper-Rafferty as “The Duchess”, who brings acting chops to the emotional climax.

But like Belfort’s penny stocks, there’s little real value to be found here. The Immersive Wolf of Wall Street is a blunt instrument used to explore the life of a blunt instrument, and the result is neither entertaining nor enlightening.