The Future of DeFi 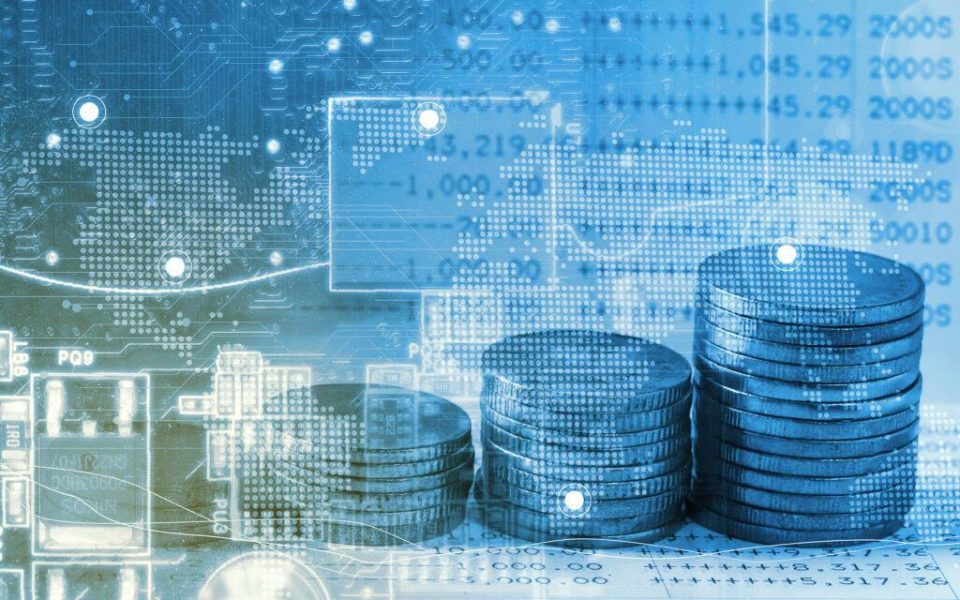 DeFi exploded onto the scene in 2020 as the value locked in decentralized platforms climbed into the billions. Yield farming, flash loans, and automated market makers (AMMs) were a few of the hottest topics over the last year.

But what does the future of DeFi hold? And will the next round of innovations take advantage of DeFi’s accessibility, decentralization, and grassroots community-building to make the world a better place?

We see three major areas of innovation in the DeFi space over the coming months and years:

Anyone who uses the internet already has a digital identity, whether they know it or not. Over the last couple of years, it’s become clearer just how much of our information big tech companies collect and sell.

Legislation such as the EU’s General Data Protection Regulation and California’s Consumer Protection Act aims to give some control back to customers, but these measures are swimming against the tide.

They introduce onerous requirements for businesses that collect and store customer data in centralized databases, and penalties for non-compliance are high. Clearly, the system is in need of reform.

Blockchain technology offers a new vision for personal identity in the digital age. Decentralized identity (DID) systems give control back to the owners of data: individual users. They remove the liability that falls upon centralized data harvesters and create a consent-based system that would give some much needed goodwill back to the big tech companies.

Users would own the data they create and could decide with which platforms they share it. This data can be anything from health records, to government identification, or online shopping history.

Decentralized identity platforms such as CanDID would allow seamless integration with legacy systems, simplifying the on-boarding process and broadening the potential user base.

A job applicant could submit a cryptographically-signed credential from their university showing that they have received a degree, along with proof of their work authorization in that country from a government portal. All of this without needing to give third-parties access to sensitive personal information.

In addition to minimizing the risk of counterfeit and fraud, DID allows for the monetization of one’s own data. Individuals could permit their anonymized health data to be analyzed in broad population studies, or release their browsing history to advertisers in return for compensation. Once given permission, data users interact trustlessly and non-custodially with this information.

The Covid-19 pandemic has created new use-cases for more secure digital identity solutions. IBM is working on a Digital Health Pass, built on its blockchain technology, that would allow organizations to monitor the health of employees and visitors. Individuals would be able to share a credential showing that they have been vaccinated or recently tested negative without sharing any of the information used to generate this proof.

This represents a major shift in the way that data is stored and processed. If data is the oil of the 21st century, it’s about time that decentralized technology breaks up the monopolies and returns control to the creators.

Tokenization takes an asset that is not native to a particular blockchain and represents it in a form legible to that chain. These assets can be completely out of the blockchain world, such as real estate, or they can be tokens that exist on other blockchains, in the case of wBTC and other wrapped crypto-assets. Ownership of a token serves as a claim to the underlying asset. Stablecoins are a simple example of tokenized assets: one USDC represents one U.S. dollar escrowed in Circle’s bank account.

Yet the possibilities are endless; just about anything can be tokenized. While stablecoins are fungible tokens, perhaps the greatest potential growth lies in the field of non-fungible tokens (NFTs). An NFT is unique, it represents a scarce asset.

Tokenised art has attracted huge interest, with projects such as CryptoKitties and HashMasks raising millions of dollars. FlamingoDAO – a decentralised autonomous organisation (DAO) focused on investment in NFTs – recently spent 605 ETH on CryptoPunk 2890, one of only nine Alien CryptoPunks.

“But it’s just a jpeg, who would pay half a million for that?” some have wondered.

While it’s clearly a purely speculative bid, this investment is a show of faith in the future of the NFT space. Though it’s still early days, blockchain offers numerous advantages over traditional record keeping when it comes to tracking ownership of assets.

Property can be transferred at any time of the day with the click of a button. Liquidity increases as the pool of buyers and sellers expands to include everyone with access to the internet, and settlement times are reduced from days, weeks, or even months to just seconds.

Tokenization gives investors exposure to assets that may otherwise have had significant barriers to entry. Anyone in the world can buy fully-compliant fractional tokens of U.S. real estate via RealT and even earn rental income on their properties, paid out monthly in USDC.

Another benefit of tokenized assets is the ability to stay within the crypto and DeFi ecosystem. Vertalo – a digital asset management platform – recently announced that it would be tokenizing 22 different securities onto the Tezos blockchain. And Synthetix’s support for trading stock indices such as the FTSE 100 and the Nikkei, as well as commodities including gold, silver, and oil, means that investors do not have to remove their capital from crypto and into a brokerage account to gain exposure to these assets.

In the near future, RealT tokens will be approved as collateral on AAVE, allowing token holders to borrow against their real estate portfolio.

On the more distant but approaching horizon are completely blockchain-based mortgages and title transfers. An Australian engineer recently took matters into his own hands after being denied bank loans for four years, and paid off his mortgage using a DeFi loan.

Someday soon enough, you’ll likely be able to buy and sell real estate just as easily as you can swap between Bitcoin and Ethereum.

We touched on decentralized autonomous organizations (DAOs) earlier in relation to FlamingoDAO, the NFT investment fund. DAOs have no centralized or hierarchical structure. Instead, they are controlled by their members via votes on proposals that must reach a predetermined level of consensus. Membership is achieved by holding a governance token, which grants voting rights.

The rules by which a DAO operates are encoded onto the blockchain, immutable and transparent to all. An organization’s financial history is visible on the blockchain, meaning anyone can see where treasury holdings are being spent.

The DAO was the first decentralized autonomous organization and attracted $120 million of ether at its launch in early 2016, making it the largest ever crowdfunding campaign at the time. At one point, 14% of all ether was invested in the DAO. While its history is a turbulent one and the organization shut down in late 2016, the DAO proved to the world that there is a real appetite for new models of governance.

Fair token distributions are important, as voting power is allocated based on the proportion of tokens a user holds. If a single user or consortium came to control a majority of the supply, the democratic nature of a DAO would be at risk.

Each of these exciting new fields presents its own opportunities and comes with its own risks and considerations.

When talking about the shift from centralized to decentralized methods of identity management, tokenization, and governance, security must be a part of the conversation.

Decentralized systems certainly gain an important level of security by virtue of a number of foundational features. They do not rely on any single point of failure, and powerful encryption is built into the systems by design. For example, where the Equifax hackers only had to break into one insufficiently-protected centralized server, to access identities in a decentralized system the hackers would have to circumvent the cryptography that secures each individual user’s wallet.

Yet to fully realize the advantages that decentralization promises, the code on which platforms are built must be secure. We have seen dozens of hacks and exploits in the last year alone, each of which sets the whole DeFi space back. Without comprehensive security, a freer and fairer decentralized future will be little more than a nice idea.

CertiK offers a full suite of security products that help make this future a reality. From pre-deployment auditing and penetration testing, to real-time on-chain monitoring, and a decentralized reimbursement protocol in the event of loss of assets, CertiK’s end-to-end protection gives developers and users the peace of mind they need to continue innovating.

Digital identity, tokenization, and new forms of governance are just three of the many exciting developments in the world of crypto and DeFi. It doesn’t take much imagination to see these forces pushing us towards a future that is freer, fairer, and more directly democratic.

But the work is not all done yet, and the wide-scale implementation of these technologies without compromising on their potential will be the real test. CertiK is proud to play its role by continuing to provide the tools that help build this secure decentralized future for everyone.

Daryl Hok is the Chief Operating Officer of CertiK. Previously, he spearheaded Corporate Development at FiscalNote, a global machine-learning govtech unicorn, where he accelerated growth by completing 3 acquisitions in 12 months, including a $180M purchase from The Economist Group. He obtained a dual BA in Economics and Psychology from Yale University, concentrating in behavioural economics.