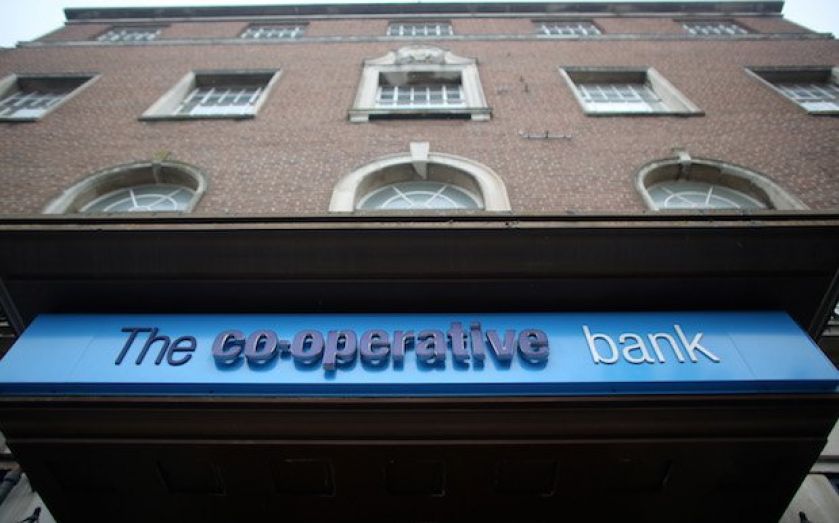 It's two years since “saying it with Flowers” gained entry into the lexicon of British banking.
This week’s dual censure from the banking and City regulators will have felt like groundhog day to Niall Booker and the rest of the Co-operative Bank’s management.
The Treasury Select Committee and a review by Sir Christopher Kelly had already found inventive ways to describe the catalogue of incompetence at Britain’s biggest mutual over a five-year period.
So while the sober language of the FCA and Bank of England’s Prudential Regulation Authority (PRA) lacked the colour of earlier inquiries, former board members – including, but not only, the one-time chairman, Paul Flowers – will be under no illusions about the watchdogs’ intent.
Their decision not to fine the bank itself is logical, if unsatisfactory. Critics of Britain’s often-disjointed banking policy would have gained yet more ammunition if the Co-op Bank had been obliged to fund a fine that it can ill afford.
Nor could a penalty have been postponed until the company is in ruder health; any provision would have had to be taken in its next set of red ink-stained accounts, defeating the point of the deferral.
The seriousness of the breaches certainly justified hefty punishment, though; to find, as the FCA did, that the Co-op made “false and mis­leading” statements about its capital position as recently as 2012 beggars belief.
One set of onlookers with a particular interest in that conclusion may be shareholders in, and directors of, NBNK Investments, who had only recently been thwarted in their efforts to acquire the branch network which became TSB.
Legal advice handed to NBNK’s investors so far has given them only lukewarm encouragement to pursue a case. This week’s verdicts may give them cause to rethink.
Meanwhile, regulators should undertake to create a mechanism which means that future corporate exemplars of gross mismanagement do not possess a means-tested get-out clause from a thumping big fine.

When is a retirement not a retirement? That’s an appropriate question to ask of HSBC, which announced a reshuffling of its UK management ranks last week.
Alan Keir, the long-serving executive who runs its (for now) home market, will step down next March, to be replaced by the high-flying Antonio Simoes.
It’s not quite that simple, though. HSBC had previously indicated to regulators that it would like to appoint Keir as chairman of the ring-fenced bank that it will need to have up and running by 2019.
The PRA has so far seemed less keen; its proposed rules state that such roles cannot be held by anyone who has worked for the same banking group within the past five years.
Sources say HSBC has raised the possibility of a waiver to that requirement. Perhaps it feels that Keir’s “retirement” will convince the PRA to grant it one.
Either way, the regulator’s rulebook will need a rethink if the boards of British banks are weakened by the restrictions currently on the table.

While everyone else heads for the beach, directors of Bwin.party have that rare thing to deal with: a contested – and protracted – takeover situation.
Despite the repeated interventions of rival GVC, 888 appears to hold all the cards. True, GVC’s proposal appears to be more valuable, but it also contains far bigger risks given the large paper component of its offer and how thinly its stock is traded.
Just as important, the debt GVC proposes to take on to finance its bid is eye-wateringly expensive. No wonder Bwin.party says it is still “progressing certain aspects” of GVC’s offer. That’s a generously phrased euphemism.
Like a recovering gambler passing the door of a casino, Bwin.party’s board should proceed with extreme caution.