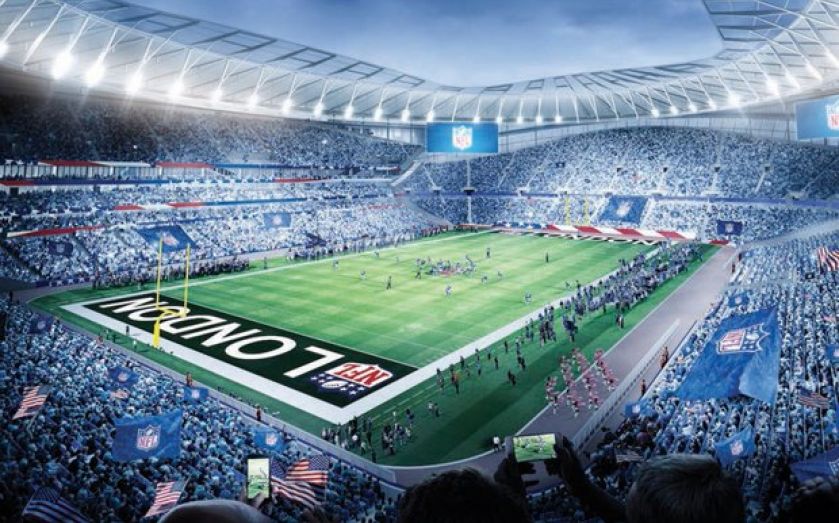 Tottenham hope to reach an agreement with Wembley chiefs by the end of this year to temporarily relocate to the national stadium, after they yesterday unveiled revamped plans for a new home in north London.
Read more: Spurs to host NFL games in new stadium
Spurs expect to move out of White Hart Lane for one season in 2017 to allow work to be completed on a 61,000-seater arena which is slated to open in 2018 and will also host American Football.
Wembley is by far the club’s preferred option to act as a temporary home, although they could face competition for residence at the 90,000-capacity stadium from capital rivals Chelsea.
Tottenham chairman Daniel Levy said he hoped the Football Association would “do the right thing” and “find a way to accommodate both clubs”. It is understood Spurs want plans drawn up in the next six months.
Chelsea also have designs on a temporary move to Wembley while they redevelop Stamford Bridge into a Gothic-style 60,000-seater ground.
Tottenham’s revised plans for their new stadium include a retractable pitch that houses an artificial surface underneath specifically designed for American Football games.
The club have agreed a 10-year deal with the NFL that will see them host at least two matches a year from 2018. The NFL currently stages three fixtures per season at Wembley and could continue to do so as the deal with Spurs is not exclusive.
Rothschild is understood to be advising the club on financing options, with the final mix expected to include bank finance, income from naming rights and debt.
Tottenham will not submit a planning application for the revised proposals, which include an additional 5,000 seats to make the capacity bigger than that of rivals Arsenal, and a vastly bigger overall regeneration programme, until autumn.
Stadium MK in Milton Keynes has been mooted as a possible alternative temporary home, but Spurs fans have made clear their opposition to being moved out of London.
Share
Tags: Tottenham Hotspur