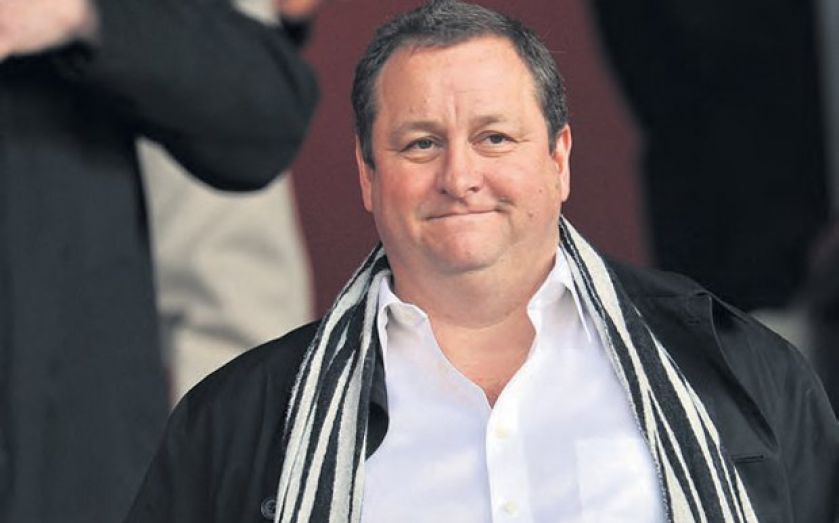 Sports Direct shares have tumbled to their lowest level since 2011 after it emerged that Mike Ashley’s retail empire could be left without an auditor, breaching stock market rules.

The company is understood to have sought government advice over what would happen if it is unable to find an auditor after its current auditor Grant Thornton said it would not seek reappointment.

Grant Thornton’s announcement has once again thrown Sports Direct into chaos, as all of the Big Four accounting firms have indicated they are reluctant to take over as its auditor.

Sports Direct shares closed 10 per cent down at 214p, their lowest price since late 2011.

The company is understood to have written to business minister Kelly Tolhurst to ask for clarification on what would happen if it was unable to find a new auditor.

The Department for Business, Energy and Industrial Strategy (BEIS) is understood to have replied setting out the circumstances where it would step in to appoint an auditor.

Under the Companies Act the secretary of state for business, Andrea Leadsom, has the powers to appoint an auditor if a company is unable to find one after a public tender process. The company would have to notify the department via notice to Companies House.

Sports Direct announced this morning that it had received notice on Tuesday from Grant Thornton that it intended to stand down as the company’s auditor “following a review of its client portfolio”.

Sports Direct and Grant Thornton later issued a joint statement to the stock exchange reiterating that the retailer “has a longer term aim of looking to engage a Big Four auditor in the future”.

This joint statement said “a period of increased regulatory scrutiny” had contributed to Grant Thornton’s decision to step down, alongside “audit profitability”.

The auditor had reportedly decided to sever ties with the retailer following unprecedented delays to the publication of its annual results last month, coupled with the revelation Sports Direct owed Belgian tax authorities €674m (£625m).

Embarrassingly for Sports Direct, its annual report – published yesterday – had said reports that it was set to run an audit tender in 2019 were “inaccurate” and that the company intended to reappoint Grant Thornton.

In the report, Sports Direct said it had been in contact with the Big Four about a possible future tender process but that “early discussions” had “thrown up some barriers”.

According to the report, Deloitte is conflicted by work it already does for Sports Direct, KPMG said its existing portfolio of clients rules it out for conflict reasons, EY said it was reluctant due to its role on the House of Fraser administration, and PwC said it was reluctant to engage because of recent fines it had received and reluctance about the company’s ownership structure.

Sports Direct said in its report: “We do not believe a firm outside of the Big Four will potentially be able to cope with such an audit in the future.”

A spokesperson for Grant Thornton said: “I can confirm that following a review of our client portfolio, we have notified Sports Direct International PLC of our intention to cease in our role as statutory auditors from 11 September 2019.”