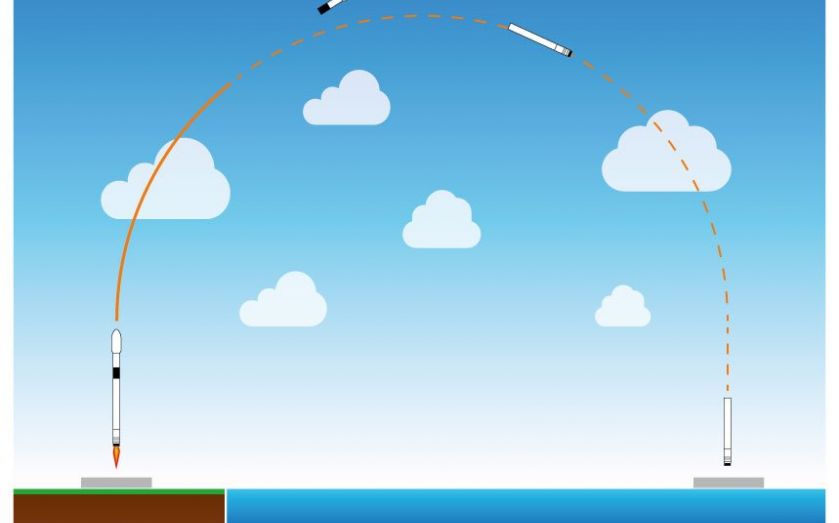 Today, the American firm SpaceX launched a rocket into space. After releasing its cargo up in the direction of the International Space Station (ISS), the rocket started to change direction and headed back down to Earth.
The plan was to eventually land the Falcon 9 rocket on a launch pad just off the coast of Florida. The researchers hoped it would be intact, so it could be used for future missions.
It was the first time anything like this had been attempted – rockets usually fall apart and burn up before coming anywhere near Earth's surface.
If the landing had been a success, it would have paved the way for reusable rockets to become mainstream and remove the need to build a new rocket for every mission, saving governments and private space companies millions of pounds.
Unfortunately, all did not go according to plan – when Falcon 9 arrived at Earth, it crashed. Billionaire investor and SpaceX founder Elon Musk tweeted that the booster had hit the platform hard.

Rocket made it to drone spaceport ship, but landed hard. Close, but no cigar this time. Bodes well for the future tho.

LANDING IS ALWAYS THE HARD PART

According to rocket engineer Paul Kostek, part of the problem is the difficulty in landing compared to taking off
“When you're flying an aeroplane, all you need for take-off is maximum power and speed to lift off the ground,” he told City A.M. in an interview.
“Landing, however, is more complicated – you need to find the runway, line up with the centre line and then reduce speed (but not so much that you stall or fall short of the runaway).
“It's the same situation for a rocket – take-off is all about power and heading up, while landing involves slowing down, establishing the correct angle to the ground and then navigating back to the launch pad, adjusting speed and direction all the while.”

It was never going to be easy – a rocket landing has never been done before, so the engineers recognised the high chance of failure. In fact, Musk himself put the likelihood of success at just 50 per cent.
He hasn't given up hope, either – SpaceX has said it will continue its attempts to build a reusable rocket.
Share
Tags: Elon Musk People Space tourism SpaceX