Stocks opened higher after this morning's deal between Greece and its lenders.

The S&P 500 jumped 0.8 per cent at the opening bell, while the Dow rose just over one per cent.

Earlier, European markets had all reacted positively to the news, opening higher and maintaining that optimism, with the FTSE 100 hovering around 6,713 mark in the mid-afternoon, 0.6 per cent up on Friday's closing price, while Germany's Dax was 1.2 per cent up and France's Cac 40 rose 1.7 per cent. 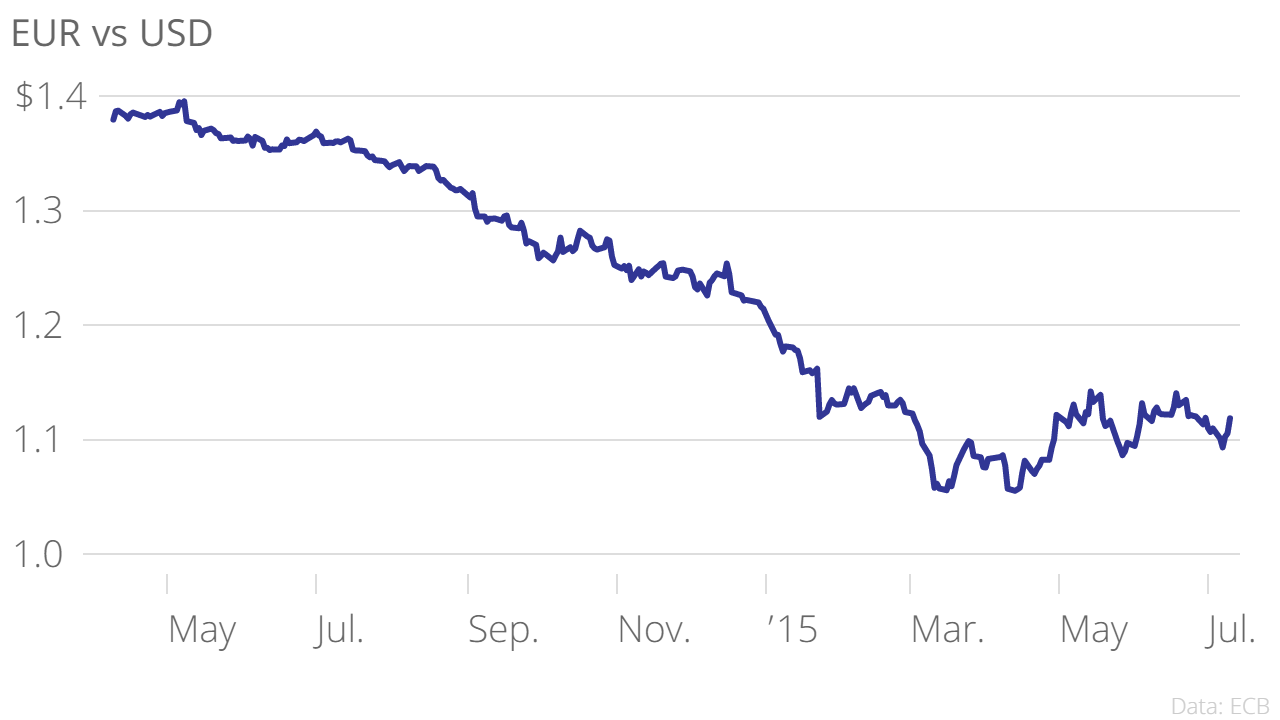 While some suggested foreign exchange traders had been waiting for this morning's brief rally to unload euros, others pointed out that the currency was still on volatile ground.

"The euro remains vulnerable to a resurgence of uncertainty over Greece's membership of the single currency and the risks of contagion," said analysts at Campital Economics.

"But even if “Grexit” were off the table completely, the prospect of a sharp divergence in monetary policy between the US and the euro-zone points to renewed euro weakness. Indeed, any reduction in concerns over Greece – and China – may simply clear the way for the Fed to begin raising US rates sooner and further than the markets currently anticipate."