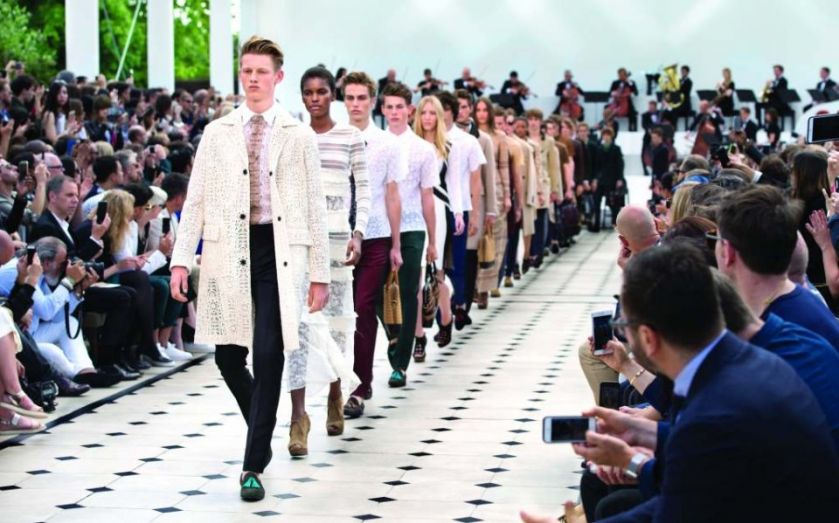 British fashion brand Burberry hopes to head off deceleration in the Hong Kong market with a variety of cost-reducing moves, including possible job cuts and downsizing.
The company reported an eight per cent uplift in retail revenue to £407m in the first quarter of 2015.
Shares in the group were down by 2.59 per cent yesterday, with analysts pointing to investor concerns over a weakened performance in Hong Kong.
Burberry finance chief Carol Fairweather said the slowdown in Hong Kong was due to “sentiment in the region”, and acknowledged that the riots in the city towards the end of last year had made an impact. “We know the Chinese aren’t travelling to the region,”she said.
While Fairweather said there was no change to the long term strategy in Hong Kong, she added that actions being taken to combat the “challenging” situation would include taking a closer look at staffing levels.
Burberry will also review its Hong Kong store portfolio, although Fairweather said yesterday that all of the outlets remain profitable, and has already refocussed its marketing spend in the region. The company is now pushing lighter-weight fabrics in its Hong Kong shops.
London Capital Group’s Will Hedden said: “A sharp fall in activity in Hong Kong and lacklustre growth on the Chinese mainland will worry investors that other signs of a slowdown in the region are now being exhibited in one of their favoured imports.”