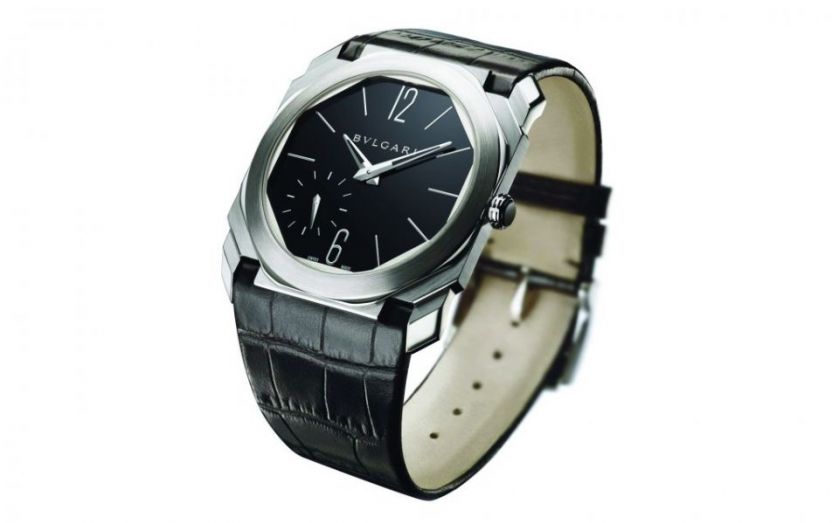 If a wristwatch is still a reliable marker of success, standing and savoir-faire – and by all means scoff away at the idea but, for better or worse, it frequently is – then I’ve an idea that the true sign of having made it is downsizing. On the way up, a big(ish) watch – from brands like Panerai, Breitling, even Audemars Piguet – may well be the thing needed to make an impact as you muscle your way through the management layers. But when you’re up there looking down, the discernment to go slim, elegant and subtle requires a different kind of confidence. It’s also much easier on the old shirt cuffs.

In fact, watchmakers have been chasing the elixir of thinness since the dawn of watchmaking. After all, the art of making watches is all about miniaturisation, which is why a watch is a much cleverer thing than a clock; and an ultra-thin watch is a cleverer thing still.
Last year Piaget, the eminent Swiss house that began specialising in skinny watches when it got into making ultra-elegant pieces for women in the 1960s, produced the thinnest mechanical watch of all: a stunner that managed to squeeze down 145 components into just 3.65mm of space. Named the Altiplano 900P, it is a true masterpiece.

Now it’s done it with the chronograph. Chronos – stopwatch watches – have more moving parts and therefore tend to be chunkier, QED. Fiddlesticks, says Piaget, whose new Altiplano Chronograph is, at 8.24mm, considerably thinner than most dress watches. Not only that, it has a second time zone, and it’s a flyback (a more complex form of chronograph, which can be instantly reset with one push of the button – pointless now, but fun). It’s also devilishly handsome in crisp, dresswatch style.

While most ultra-slim watches are indeed straight three-hand dress watches – of which the Chopard LUC XPS (pictured opposite in “cognac”, but available in a variety of colours) is, in my opinion, just about the most handsome in existence – every complication under the sun is now available in thinned-out form, from Breguet’s magnificent tourbillon example to Patek Philippe’s perpetual calendar.
Bulgari’s piece, meanwhile, is not just remarkable for its exceptionally thin in-house movement. The customary Octo case has 110 facets – and in the fantastically suave Octo Finissimo, the firm’s team managed to squash this down into just 5mm of space, without losing a single, individually hand-polished facet.
Timothy is editor of QP Magazine.