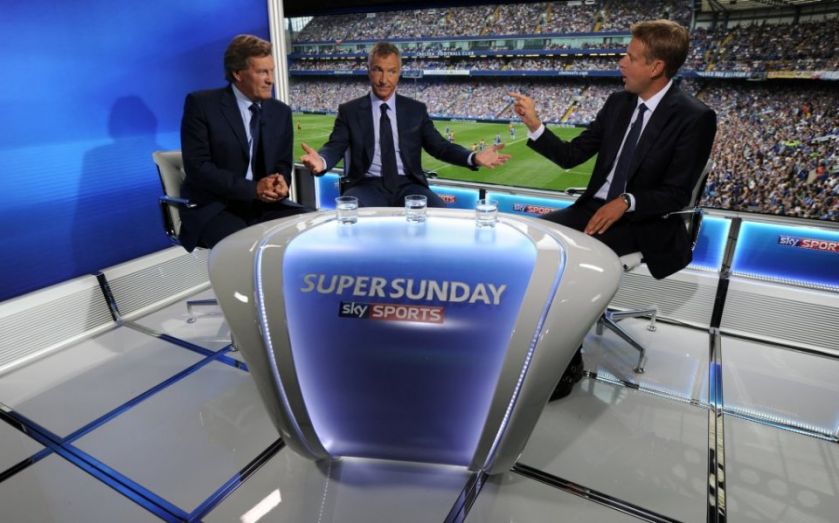 Shares in Sky jumped as much as five per cent in early trading, touching a 14-year high, after the firm announced it had grown profit, revenue and customers

For the nine months to the end of March, Sky operating profit was up 20 per cent to £1.025bn on revenue of £8.453bn, which also grew five per cent on the same period last year.

It had its largest third-quarter growth in the UK and Ireland – and lowest churn – in 11 years, adding 127,000 customers in the three-month period, a rise of 41 per cent on the same period last year.

Total Sky customers now stands at 20.8m, while the number of "paid-for subscription products" grew by one million to 3.8m for the year so far.

Sky has forked out heavily over the past year, buying up its counterparts in Europe and the most expensive Premier League rights in history as well as investing in new drama such as Fortitude. The broadcaster is also expanding into so-called quad-play, adding mobile to its arsenal of products in a bid to keep up with rivals such as BT.

While shares in Sky initially plummeted after the Premier League rights deal, an increase in its debt to fund this has not weighed on investors in the longer term as Sky shares touched a 15-year high in February after footing the footie bill to the tune of £4.2bn.

The UK and Ireland delivered a stand-out performance, reporting both the highest customer growth and lowest churn for eleven years. We took share in broadband and grew strongly in TV as our dual-brand strategy with NOW TV and Sky continues to deliver. At the same time, Germany enjoyed another record quarter of growth and Italy posted its best Q3 customer growth in three years. We've also delivered significantly increased customer loyalty in each of our businesses.

Sky has overcome the hump of stumping up the investment needed to fuel growth and come out on the other side to prove that a large cash investment translates into tangible business growth.