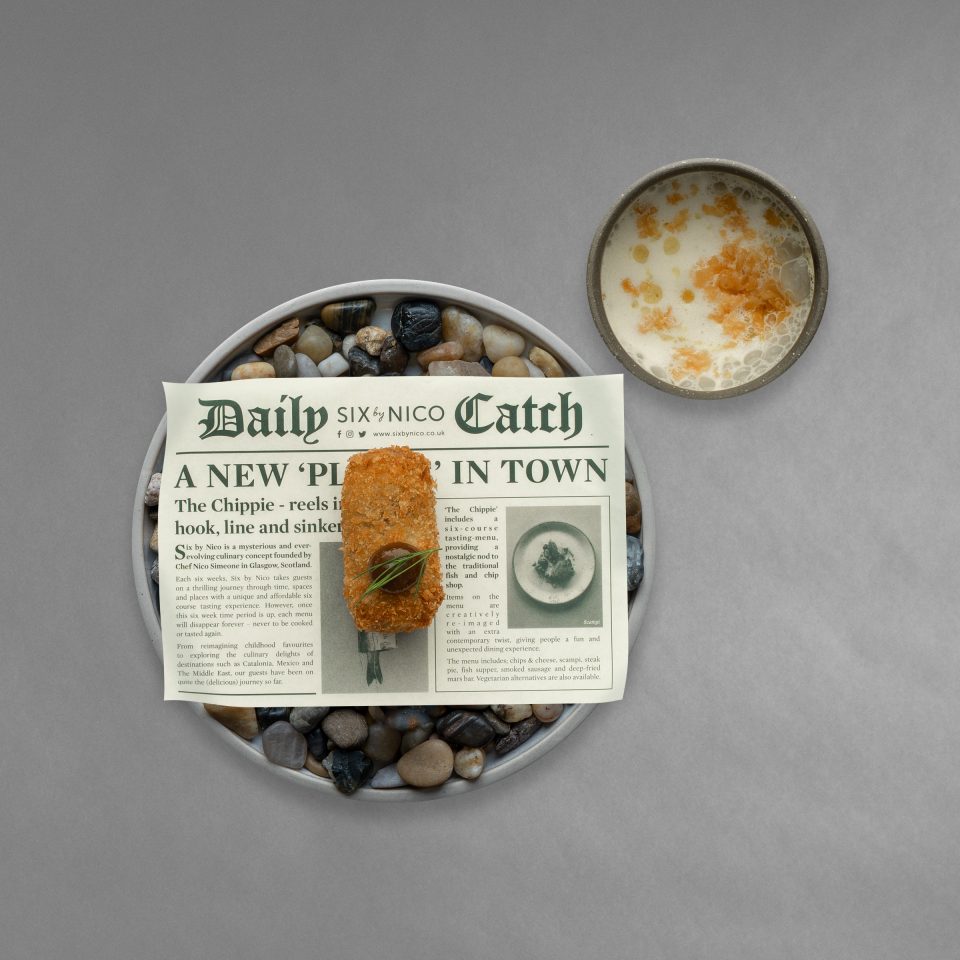 The struggles of the hospitality industry have been well-documented. So Nico Simeone would have been entitled to be more nervous than usual opening his new London restaurant just as lockdown lifted.

Not so, though, he tells City A.M. “There are always a bit of nerves when opening in a new city but we have a strong team from operations to marketing and we knew exactly what we had to do to build that excitement again.”

On first impressions at Charlotte Street’s Six by Nico, it certainly looks like he’s succeeded, with waiters and waitresses bordering on the hyperactive as they bound around the new, distinctly modern space.

It’s Simeone’s first restaurant in the capital. The Scottish-Italian chef opened up in Glasgow, where he has two restaurants, and he also operates sister sites in Liverpool, Edinburgh, Belfast and Manchester. The concept is simple: a tasting menu of six dishes, rotating every six weeks.

As City A.M. settles in for dinner a couple of days before the formal launch, we’re presented with a menu inspired by the Glasgow chippie – with playful, high-end takes on everything from scampi to a steak pie.

For Simeone, opening was never in doubt, despite the untimely arrival of Covid-19.

“We had great momentum prior to lockdown in March so we had a good indication that interest in Six by Nico London was strong,” he tells us.

“Our initial bookings and online presence gave us confidence and although lockdown meant cancelling all our initial reservations, we did lots of work in attracting those customers back when we re-announced a July opening date.”

You can see why. A parmesan espuma, set off with brown sauce, is Simeone’s take on cheese and chips. A delightful second course inspired by scampi – a chunky, battered crabster monkfish cheek alongside buerre blanc – gives you a sense of Nico’s slightly cheeky take on fine dining.

‘Smoked sausage,’ in the form of a suitably theatrical serve of a trio of pork (the belly in particular is instantly memorable) is the last main course.

The whole menu seems designed to disavow anybody of the notion that tasting menus are what you have before you have a real meal: at least three of the five dishes would comfortably serve as a main at most London spots.

Notably, though there’s no compromise on ingredients or quality, something else is different: the price. At £35 for six courses, £33 for matched wines, it’s remarkably affordable for a high-quality restaurant in the West End. Unsurprisingly, it’s buzzing around us.

“Things have been great since we opened on Monday. Bookings have increased in less than four days so we are extremely happy,” Simeone tells us.

It’s heartening to see a restaurant busy, and – though clearly safe, and socially distanced – life suddenly feels a little more normal. As one of the first new sites to open in the capital, it’s doubly satisfying to see our city centres coming back to life.

“It’s been great seeing and hearing of UK towns and cities slowly reopening with social distance rules. I think it’s fantastic that people are going back into restaurants and enjoying that experience of eating out,” says Simeone.

“Supporting small and local business is also an important thing to consider as centres begin to reopen.”

The sharp-eyed reader will note we’ve only touched on five of the six courses. The dessert? Well, put it this way: you’ve never had a deep fried Mars bar quite like it…