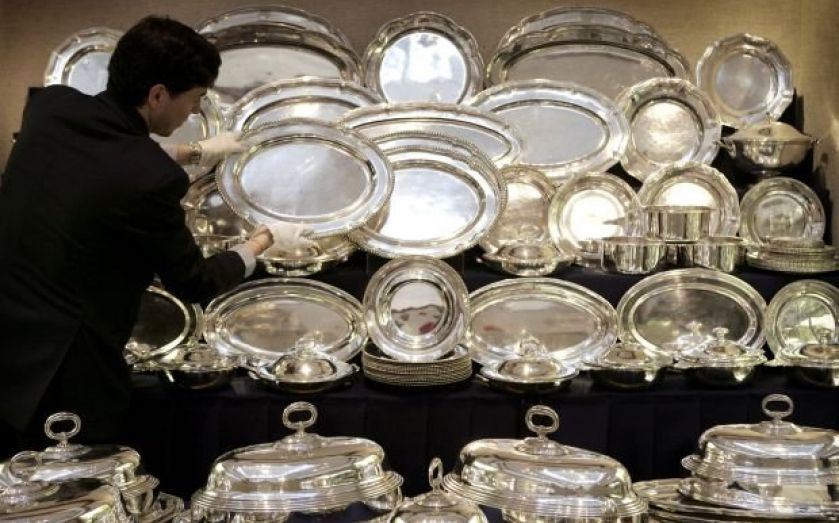 The London Silver Fix, the method used to set the price of the “devil’s metal”, which has been an integral part of London’s precious metals’ market – worth nearly a £1 trillion, is ending today after 117 years.
Under the current system, three banks, HSBC, Bank of Nova Scotia and Deutsche Bank, arrange silver’s global benchmark. They hold a conference call every day to set the price, which allows speculators to buy and sell at a single price throughout the day.
But in April, Deutsche Bank resigned its seat on the fix, after failing to attract a buyer. Market experts said the process could not continue with only two members.
The UK’s Financial Conduct Authority persuaded the German Bank to stay on for an additional three months so an alternative could be found.
Critics of the fix believe the process is open to abuse. US investor Scott Nicholson warned last month: “The extreme level of secrecy creates an environment that is ripe for manipulation.”
For the first century of its operation, those fixing the price carried order books to a closed room each weekday at noon and conferred for about 10 minutes to set the price. From 1999, traders were permitted to check with clients by telephone to change orders before the price was fixed. The metal then changed hands at the settled figure.
The new system, called the London Silver Price, will be jointly administered by Thomson Reuters and exchange operator CME Group. Electronic trading will replace the secretive conference call.

Trading in the devil’s Metal trade

Q) How did the old system evolve?
A) The practice of fixing prices daily started in 1897, when members of four trading houses came together to agree a daily spot price. The process continued until 1999, when the members stopped meeting, and instead held a telephone conference to decide the price.
Q) How will the new system work?
A) It’s similar to the “fix”, but with an algorithm in place of the chairman – and many more participants. The London Silver Price will be set by auction rounds. In the first auction, there will be an initial price and the participants will place buy and sell orders.  The algorithm will try to match the orders. If the market is out of equilibrium, the price will either be raised or lowered, and there will be another round. This continues until the price is set where demand equals supply.