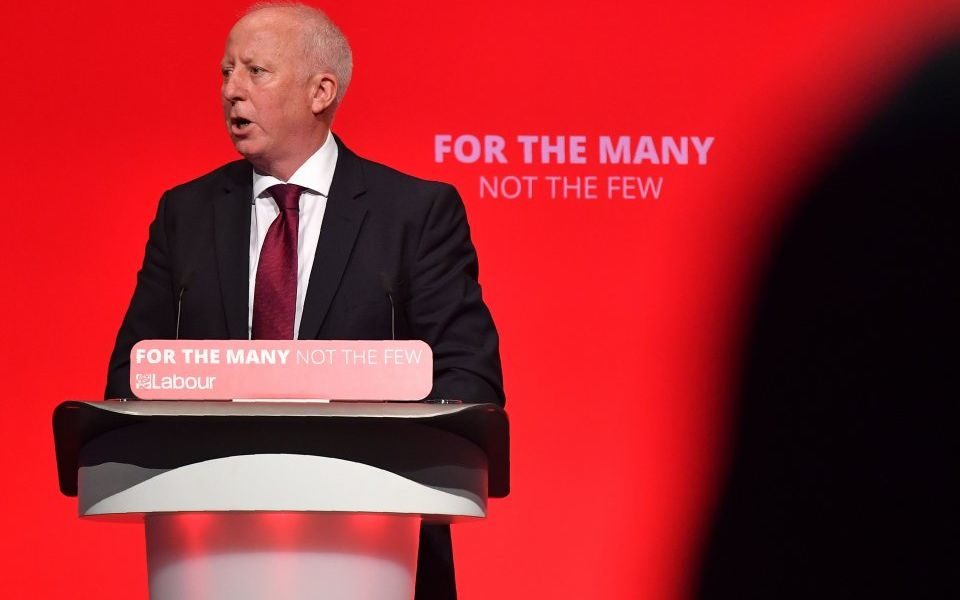 Shadow transport secretary Andy McDonald has said Labour will not grant the controversial HS2 project a "blank cheque" if it gets into office.

Giving a keynote speech of Labour's transport policies at the Institute for Government, McDonald reiterated Labour's support for HS2 but said the costs of the £56bn railway would have to be watched "like a hawk".

The high speed line, which will connect London to the north in the stages, has faced heavy criticism for spiralling costs. Last year a former HS2 employee told the BBC that the eventual cost of the project would be more than £100bn, and earlier this year, its chief executive Mark Thurston warned it could be forced to run fewer trains at slower speeds to keep a grip on costs.

"We've got to watch HS2 costs like a hawk and make sure they don't reach the proportions others talk about. That is why I'm saying there can't be that blank cheque."

Opponents of HS2 have said taxpayers' money would be better served on upgrading existing networks in the north, such as northern powerhouse rail.

McDonald said: "In terms of investment in high speed rail versus the existing network, I say: it’s not a question of either-or. It is both."

McDonald said Labour was "preparing for government" and, on assuming office, would create unified rail company that will provide a "guiding mind" for the entire railway.

He said Britain's railways had been "decapitated and chopped into bits for privatisation" which had drawn the Department for Transport (DfT) into the railway "more and more to compensate for the lack of transparent governance".

He hinted Labour would end the freeze on fuel and air passenger duty, saying it was "not a sensible approach to transport policy" and was needed to restore the "social contract" for transport that had "collapsed" under the Conservatives.

Reacting to the possible fuel duty freeze, RAC fuel spokesman Simon Williams said: “Tax, including VAT, already equates to around two-thirds of the price of a litre so raising fuel duty above its current level of almost 58p a litre would almost certainly have a very negative impact on the economy. Any move like this would hit those who can least afford it the hardest, particularly if they rely on their cars for getting to work.”

However, McDonald rejected suggestions that the party's preference for nationalisation could extend to rolling stock companies, calling rumours of bringing them into public ownership "nonsense".

But he said he thought government should acquire trains directly when possible.

Matthew Lesh, the head of research at thinktank the Adam Smith Institute said it was "disappointing" Labour intends to continue with HS2.

"HS2 is a disaster and should be immediately cancelled. Voices from across the political spectrum have united to condemn the project. If Labour cared about good value rail infrastructure, they would commit to not wasting any more money on this white elephant.

“If we want to fix the trains, we need more competition and less monopoly franchise operators. The solution isn’t a single nationalised company that is distant and capable of ignoring customers. We should expand open access competition between companies on the tracks to deliver more customer satisfaction and lower prices."