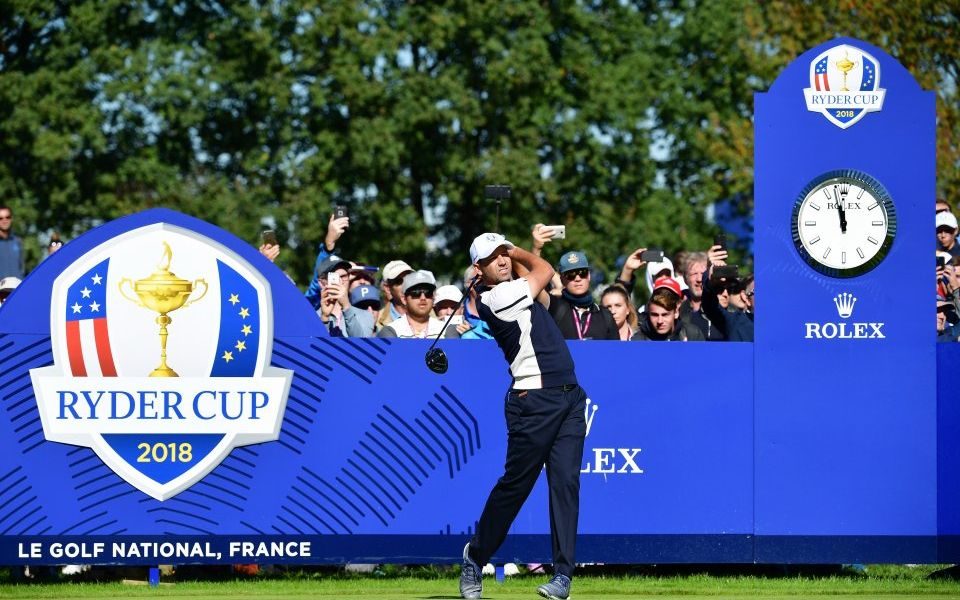 The Ryder Cup has come an awful long way since British garden seed entrepreneur and golf enthusiast Samuel Ryder spawned the competition as we now know it during the mid-1920s.

More than 50,000 spectators per day are expected to pay an average of £115 to attend the contest at Le Golf National, near Paris, this week for the 42nd edition of the biennial contest between Europe and the United States, which has become one of the most eagerly anticipated fixtures on the global sporting calendar.

“It’s reached a rare echelon of sports event that appeals to people who are not fans of the sport,” says Carsten Thode, chief strategy officer at agency Synergy. “Everyone who loves golf loves the Masters or The Open, but everyone who loves sport loves the Ryder Cup.”

The Ryder Cup’s popularity continues to rise – the number of people interested in it has risen by 6.7m since just before the last one held in Europe in 2014, according to new data from Nielsen Sports – and is the result of a potent cocktail.

The format lends itself to brilliant golf, with players seemingly emboldened to play audacious shots, and extraordinary drama – matchplay makes it harder to build a lead, while the 12 points available on the final day allows for improbable comeback triumphs such as Europe’s 2012 Miracle at Medinah.

There is strategic intrigue in the captains’ decisions over which players to select, who to pair in foursomes and fourballs, and the order in which they send their teams out on the Sunday.

Perhaps the most important ingredient, however, is the rivalry between Europe and the US, a simmering enmity that is always seething beneath golf’s layer of codified politeness and decency.

It is a rivalry that has ebbed and flowed – from the Americans’ virtual monopoly until the 1970s, when Great Britain and Ireland expanded to include Seve Ballesteros and Europe and embarked on a run of 11 wins from 15 meetings – and has gained something with each changing of the guard.

For the US, it is a rare chance for a nation more accustomed to rooting for domestic sides in domestic-only competitions to get behind Team America. Tiger Woods created new Ryder Cup disciples, while the hosts’ overdue win at Hazeltine two years ago allayed fears that Stateside interest might be waning with each fresh defeat.

“All of those things come together to create an incredible sporting event that transcends golf,” says Thode.

“It’s very aggressive, very punchy, an ultimate test of nerve and skill, and some would say it’s grown into something bigger that anyone would ever have expected,” says Steve Martin, global chief executive of M&C Saatchi Sport and Entertainment.

Commercially, the Ryder Cup can deliver significant revenue – the European Tour saw uplifts of £55m, £71m and £81m on the last three occasions the event was staged on this side of the Atlantic – and attracts sponsors including Aberdeen Standard Investments, BMW, Emirates and Rolex.

Aberdeen Standard Investments, visible here on tee-side displays, is the only global Ryder Cup partner – but that could be set to change (Source: Getty)

Yet the feeling within the sports industry is that its commercial potential is yet to be fully realised.

Currently, sponsorship is largely sold for one team or the other rather than the event as a whole. As a result you can get competing brands on either side – for instance, Rolex for Europe, Omega for the US.

“That limits your ability to activate globally but also almost by definition means that you’re supporting one team over another, which limits things,” says Thode. “From a commercial perspective the Ryder Cup is probably under-exploited. I think they could unlock more value by creating a more flexible commercial structure.”

“There are currently 34 partners, suppliers and licensees of the Ryder Cup in 2018. The average price per sponsor for the European event is around the $2.5m, whilst in the US, it’s nearer $5m. However, under a single, global rights package tender, those values could increase significantly. The Ryder Cup has the potential to become the biggest one-off weekend in the sporting calendar.”

Aberdeen Standard Investments’ global sponsorship of the Ryder Cup is an exception, although it was in fact painstakingly negotiated with the two tours in 2013 as two separate deals that mirrored each other.

Synergy struck those deals and Thode says: “A lot of people in the industry were saying at the time that it showed it could be done. We expected the floodgates to open and them to sign a number of further worldwide partners, which they never did – not for the lack of trying, but because it was very hard to synchronise the rights and the sales process.”

That may be about to change, however. Discussions about merging operations and making the Ryder Cup one commercial entity are believed to be sufficiently advanced that hopes are high for a restructure when the dust settles on the action in France.

Industry sources call the move “a big thing” and say it will make it easier to attract “truly global sponsors”. As big as the Ryder Cup is now, one of sport’s biggest occasions only looks like getting bigger.