Rugby World Cup final 2015: What the All Blacks approach to leadership, identity and teamwork can teach businesses 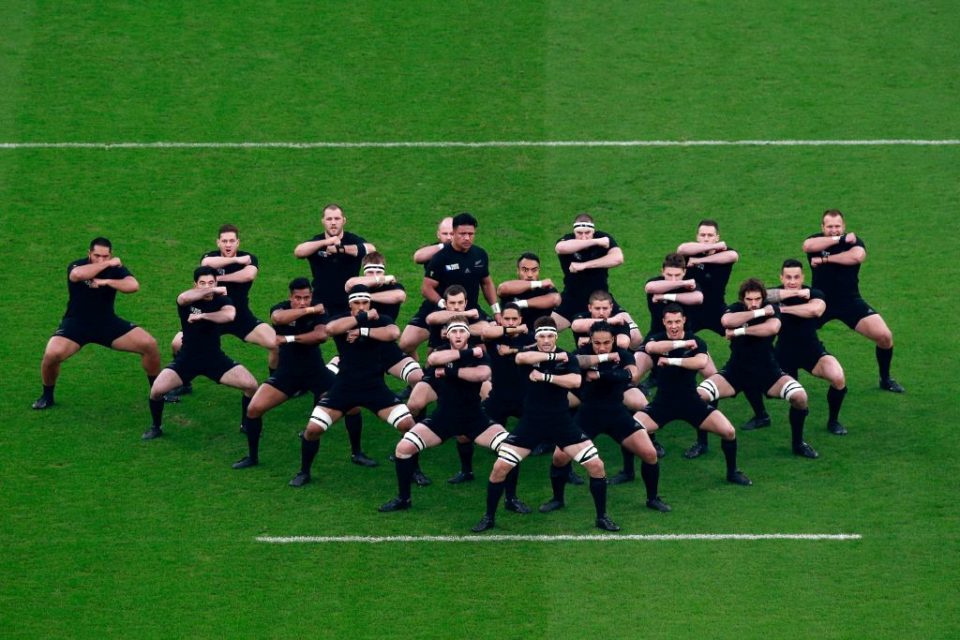 On Saturday, New Zealand will look to become the first team in history to win successive Rugby World Cups when they take on Australia in the final at Twickenham.

Since winning the last World Cup four years ago, the All Blacks have lost just three times and boast an incredible 92 per cent winning ratio. Regardless of the result against the Wallabies, New Zealand’s current crop will surely go down in history as one of the greatest ever sporting dynasties.

It’s an inspiring story. And according to author and business consultant James Kerr, who embedded with the All Blacks for five weeks and wrote the book Legacy: What The All Blacks Can Teach Us About The Business Of Life, it’s one with lessons that transcend the playing field.

“If you don’t look at how human beings operate as a team, you’re kind of missing a trick”, Kerr told City A.M. of why business leaders may want to pay extra attention to the men in black when they play on Saturday.

“What you can learn from sport and this particular team is what it takes to perform to a high level and create a learning environment that allows continual and never ending improvement."

One such group to have welcomed that cross-fertilisation of ideas between sport is Xero, the New Zealand cloud-based accounting software company which has mirrored their national rugby team's success in recent years. Last year it topped Forbes' 100 most innovative growth companies list.

City A.M. sat down with both Xero's UK managing director Gary Turner and Kerr to find out what businesses could learn from the All Blacks about developing a high-performance team culture.

Read more: AIG and the All Blacks brand – how New Zealand dominates rugby on and off the pitch

The Rugby World Cup final is the biggest game in the sport and the culmination of four years of preparation, yet the All Blacks will not just be playing for the Web Ellis Cup on Saturday afternoon.

New Zealand's rugby elite are motivated by more than the bottom line – and it's that larger purpose that can drive a team to keep delivering better results.

"If it’s all about the next quarter or the World Cup then you play to that but don’t play over it. What next? There’s diminishing returns. So the All Blacks for instance want play the best rugby that’s ever been played, that was their intention before the last World Cup – to be the most dominant force in sport’s history. They’re unanswerable questions that mean the team is doing more than getting fixated on a particular benchmark result."

Turner: "Our focus is small businesses. They contribute to 50 per cent of GDP in our economy and if we can affect five per cent of growth in their productivity it’s huge. And that’s pretty purposeful. There’s a real resonance there.

"What drives a small business today is probably passion. Whether in business and sport there’s always going to periods where it’s hard but if you’re passionate about your vision and purpose it can actually get you over some of the real gaps that other teams would fall through."

Read more: Eight reasons why the All Blacks will win the World Cup

Act out your values

Dan Carter will play in his first World Cup final at Twickenham on Saturday – a far cry from a year ago when he was the All Blacks' waterboy at the same venue. Captain Richie McCaw and scrum-half Aaron Smith have also sported the waterboy at this World Cup when not selected in the team.

It's all part of the All Blacks acting out one of their key values – humility. Another is their commitment to sweeping out the sheds after a game, no matter how gruelling.

Kerr: "It’s the practical side of keeping it humble. Sweep the sheds. Find simple, practical, everyday ways that you can live your values. Don’t leave them on the wall sitting there being nice catch-phrases: integrity, teamwork, respect, whatever the combination of that it’s likely to be. Find some values that are really fresh and original and beautiful that mean something beyond the bullsh*t. Find ways to sweep the sheds and put them into action.

"Never believing you’ve made it is really important in that it stops you turning out like Volkswagen, from cutting corners. It keeps you honest."

Often referred to as a war dance by the British press, the All Black's pre-match haka – as intimidating as it may also be – is about connecting the team together and rooting them in their country's identity.

Kerr: “One of the things the All Blacks do very, very well is they tell the story of themselves to themselves regularly and in new ways through language, symbols and through ritual."

“The haka is about life and death – big questions about one's role in the world. And so you tend to play bigger and perform better if you’re looking at yourself over the span of eternity rather than what’s going to happen in the next quarter.”

No one expects flared nostrils and chest-slapping in the office. Xero's solution is slightly less fearsome.

Turner: "Three years ago we had 10 people in the UK and now we have 150 people in the UK. And so we can’t bring people into the business without making sure they understand and live up to our values. So we have a monthly induction session with me on what it means to uphold our values."

Following tomorrow's final, some of the most experienced members of the All Blacks team will have played their last game. McCaw, Carter, Ma'a Nonu, Conrad Smith, Tony Woodcock are all set to retire from test rugby while Liam Messam and Sonny Bill Williams will have at least a year away as they join up with the Olympic Sevens squad.

Yet the team's leadership model is not based on the powers of one superman or star player.

"What you really want is the people under you to take care of business. And that doesn’t matter if it’s on a rugby field or if it’s taking care of a contract. To be able to hand over responsibility and trust people to get the job done and as a leader to be able to step back and trust which is part of the job.

"One captain, fifteen leaders was a phrase around the All Blacks environment. Looking at a team as something to make a contribution to – it changes the dynamic entirely."

Turner: "It’s great to get to a level of fearlessness where you have the confidence in your team because actually in business you don’t know whether it’s going to work or not. There’s a huge risk element. Attaining a level of fearlessness – not arrogance – faith in your ability and team abilities empowers you take on any challenge. Having faith and confidence in your vision – anything is achievable."