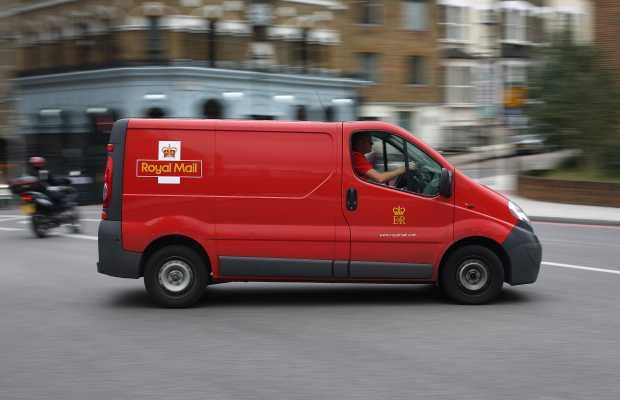 Allocation details for the biggest privatisation since the 1980s have been released. Royal Mail shares have sold at 330p.

All members of the public who applied will get £750 of shares, but anyone who applied for over £10,000 will get nothing.

IG are running a Royal Mail grey market which closed today ahead of tomorrow's trading – suggesting that shares may open at a mid price of 406p.

Following Admission and the transfer of shares under the Employee Free Shares Offer, HM Government will hold 37.8 per cent of the Ordinary Shares, which will be reduced to 30.0 per cent if the Over-allotment Option is exercised in full.
The institutional tranche of the Offer was more than 20 times subscribed and the Retail Offer was approximately 7 times subscribed.

– All members of the public who submitted a valid application for £750 worth of shares – more than 93,000 people – will have their application met in full.
– In total over 270,000 applicants, (37 per cent. of applicants) will receive at least half of the Shares they have applied for.
– Only approximately 5 per cent of applicants will receive no allocation.

Conditional dealings in the Ordinary Shares will commence on the London Stock Exchange at 8.00am tomorrow (11 October 2013) under the ticker RMG. Investors should note that only investors who applied for, and are allocated, Ordinary Shares in the Institutional Offer or (save in certain circumstances) the Intermediaries Offer will be able to deal in Ordinary Shares on a conditional basis.

Admission to the premium listing segment of the Official List and to trading on the main market for listed securities of the London Stock Exchange and the commencement of unconditional dealings are expected to take place at 8.00 am on 15 October 2013. At Admission the Company will have 1,000 million Ordinary Shares in issue.

As stabilising manager on behalf of the syndicate, UBS Limited has been granted an Over-allotment Option, exercisable no later than thirty days from tomorrow, by HM Government over up to 78.3 million Ordinary Shares, representing 15 per cent of the Base Offer.

Shares were expected to be priced in a range of 260 to 330p initially. Those who've bought shares through brokers such as Hargreaves Lansdown will be able to trade shares tomorrow, while unconditional trading will open at 8am next Tuesday.

The initial public offering attracted over 700,000 bidders via Post Office branches and intermediary stockbrockers. Bids came from individuals spending the minimum £750 to massive sovereign wealth funds based in Kuwait and Singapore.

Vince Cable, secretary of state for business, innovation and skills, has been keen for the allocation to be distributed in favour of smaller investors and has pressed to ensure that the institutional order book is dominated by long-term institutional investors rather than hedge funds.

Many investors are expecting to see an immediate surge in stock value after the privatisation – but Cable has stressed that the initial froth of trading should be ignored when evaluating whether the offering was under or overvalued.

But the Royal Mail privatisation is different from ones to the past. Paul Taylor of McCarthy Taylor told City A.M. that "this is very different to previous large privatisations" and that "where BT and British Gas had near-monopolies, Royal Mail is entering a cut-throat environment."

Is Royal Mail a win-win for the Tories? If shares fall at IPO, Labour was wrong it was sold cheap. If jump, Tories revel in happy market