There are plenty of things to do in Champagne, but for starters you’ll probably want to get sozzled on fizz. That is, of course, great fun, but what next? Well, it’s also a beautiful place in its own right, well worthy of exploration. Its hills and forests are a UNESCO World Heritage site and you can go for some spectacular hikes or lazy strolls.

Where? Perched on the top of a hill with stunning views across vineyards, forests and villages of the Marne valley, the newly opened Royal Champagne Hotel & Spa is on the site of an old coaching inn, which is said to have been a favourite spot of Napoleon, hence the name ‘Royal’. The moniker is also an indication of what you can expect – a weekend at this place involves some serious pampering. The hotel has 49 rooms, but it’s so spacious that even fully occupied you would barely notice anyone else.

How to get there? Jump on the Eurostar service departing London St Pancras. To get from Paris to Champagne-Ardenne, you need to pop around the corner and jump on the TGV at Gare de l'Est, 16 trains a day, journey time around 30 minutes.

The stay: If you’re in Champagne it would be blasphemous not to visit some vineyards. There are dozens to choose from and the difference between manufacturers is striking. Each vineyard chooses its own blend of grape varietals, and uses different techniques to produce the wine. Visiting a few different vineyards helps you understand why champagnes are so different. Plus you get to taste a lot of scrumptious wine, and visit some amazing historic buildings.

There are a mind boggling 50km of vaulted brick tunnels made for storing champagne underneath the nearby town of Epernay alone. I visited the highly experimental Maison Leclerc Briant champagne house and was able to wander through its vaults and taste some of its delicious wines, including a champagne called Abyss which is aged by sinking it to the bottom of the Channel for 15 months.

The hotel also has its own tasting room, and if you want to set yourself a challenge, you could see how far you can get through its 214 bottle list of champagnes. 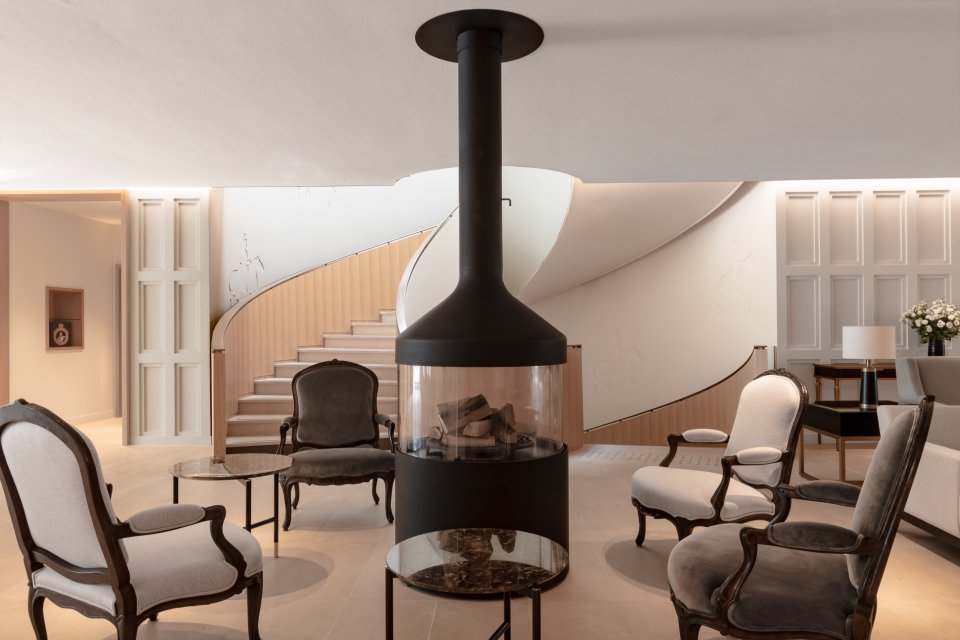 The food: There are two restaurants in the hotel, the very high end Le Royal, and the less formal and slightly more affordable (but still outstanding) Le Bellevue. Both are overseen by Chef Jean-Denis Rieubland who has won the title of Meilleurs Ouvriers de France (MOF), or ‘best craftsman of France’, twice. For the uninitiated, MOF is like the Olympics of food, every four years hundreds of top chefs compete to win the coveted title. To win twice is incredibly rare.

And after that? The rolling hills and forests of the Champagne region beg to be explored either on foot or by bike. The hotel has Moustache carbon fibre e-bikes available for guests who don't fancy breaking a sweat as they come back up the hills. Or, if you just want to kick back, you can relax in the 16,000sqft spa, and maybe have a facial using the cult beauty brand Biologique Recherche.

Need to know: Prices at the Royal Champagne Hotel & Spa start from £424 based on two people sharing on a room only basis. Continental breakfast at Le Bellevue costs £28 per person. Book at royalchampagne.com. Eurostar operates up to 19 daily services from London St Pancras International to Paris Gare Du Nord with one-way fares starting from £29 (based on a return journey). Fastest London to Paris journey time is 2hr 15 minutes. Tickets are available from eurostar.com or 03432 186 186