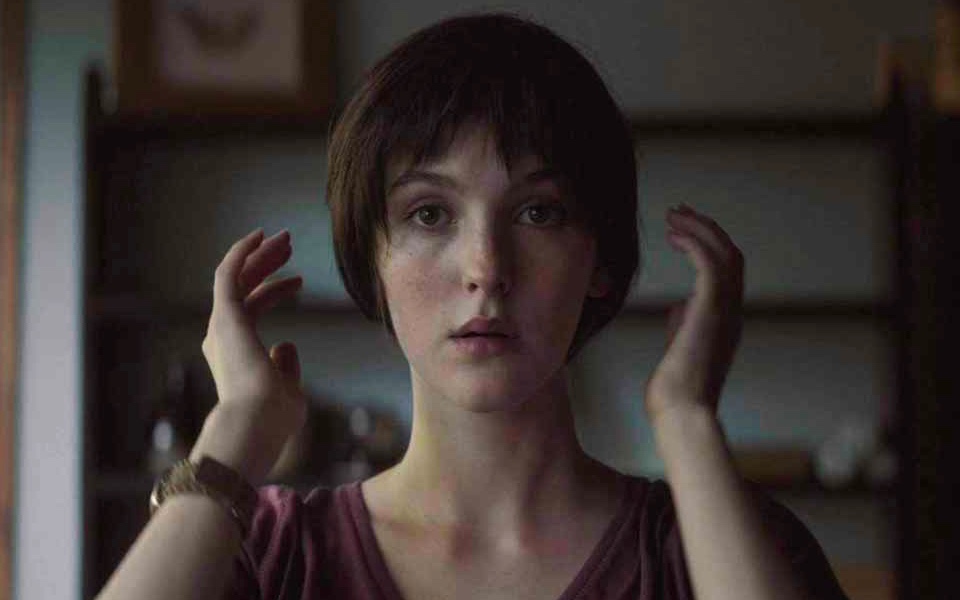 Many films are about delving into the deep, murky lake of a character’s past, but few do it as intensely, or as uniquely, as this week’s Rose Plays Julie. Directed Christine Molloy and Joe Lawlor, collectively known as the creative partnership Desperate Optimists, Anne Skelly plays Rose, a young Irish woman training to be a vet.

Her skill in her job is helped by her ability to detach from life, something that stems from questions surrounding her birth parents, whom she never knew. Against her wishes, she eventually tracks down her birth mother Ellen (Orla Brady), an actress. Initially reluctant to speak to her, Ellen eventually reveals the circumstances around her adoption, involving a traumatic incident of abuse from her birth father Peter (Aiden Gillen). Enraged, Rose tracks down Peter, a successful archaeologist, posing as an actress named Julie (the name Ellen gave her at birth).

It’s difficult to talk about the events in Rose Plays Julie without spoilers, but sufficed to say this is a film about trauma and the way victims deal with abuse. This is incredibly well illustrated by the filmmakers, who use the world around them to portray the way Rose and Ellen have detached from questions that are too difficult to comprehend. There are huge gaps of silence that fill with tension, as the camera cuts to nature, or a certain part of a room, to allow the viewer to think about what has just happened, but also the characters to move away from it. This technique is used more sparingly as Rose begins to confront her issues, an intelligent way of telling a tough story.

The three cast members are also brilliant at saying a lot with a look. Skelly has the tricky task of playing someone who is keeping her emotions bottled while still conveying her journey. She does this in small twists of her face that feel like thunder every time she gets closer to the truth. This is best scene in the film’s key revelation, set in the woods between Ellen and Rose. Every bit of the impact is viewed in Skelly’s silent eruption of a response.

Brady has to move quickly from someone who has no desire to know her child, to being an ally in Rose’s journey. The celebrated actor does this with ease, as her stare softens in each scene she shares with her co-star. She also rises to the occasion in the film’s climax, where she confronts her tormentor, in a scene made all the more devastating by how calm she is.

Gillen has played a number of hateful characters over the years, but to play Peter as a sneaky predator would be to undermine the seriousness of the issues being discussed. Instead, we see the charm that covers his misdeeds from colleagues who wouldn’t suspect him of anything, Towards the end of the film, the arrogance and ability to switch tone immediately gives us an idea of the sort of person who can wreck lives in order to satisfy his need for control. Whereas Ellen and Rose dissociate to survive, he does so to absolve himself of blame.

While the ending feels too neat for a story so tangled, Rose Plays Julie is the type of tense drama that will have you occupying the edge of your seat for the duration.

Rose Plays Julie is in cinemas from 17th September