This robot can understand feelings and goes on sale next year 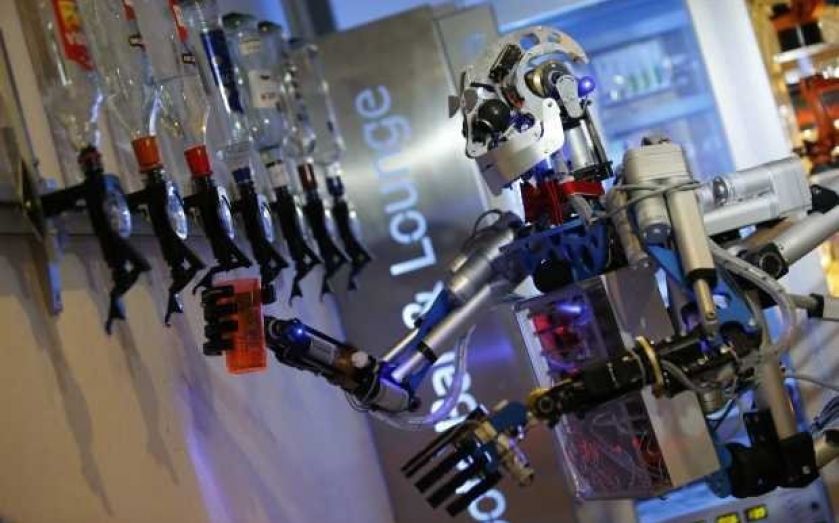 Named Pepper, the 120cm tall humanoid robot can read into the tone of its owner's voice to understand its temperament. However, Pepper's abilities are not set in stone.

Pepper will use cloud-based AI to gather what Softbank calls "collective wisdom".

The robot will be able to pick up on a host of emotional moments, such as the singing of happy birthday, and send its recording of the moment to the cloud.

With 4,500 Japanese words already mastered, Softbank has plans to make Pepper even more capable as time goes on. Apps can be installed on the robot, upgrading its functionality and intelligence over time.

Pepper is able to communicate through speech and body language and is equipped with mics and proximity sensors. The four mics allow the robot to identify the direction of sound. It also uses infared technology to keep a suitable distance between itself and the human.

The robot is designed to roll rather than walk, due to the fact that bipeddal robots only have a battery life of between 30 and 60 minutes. Pepper's battery life on the other hand, will last over 12 hours.

The pioneering technology stems from the French robotics company Aldebaran, the very same company that was behind the famed Nao humanoid robot.

Softbank CEO, Bruno Maisonnier, said it was his son who gave him the inspiration for the project. "With Pepper, the future begins today", said Maisonnier. The robot will go on sale in February for just under $2,000. On Friday, prototypes of the robots will be placed at two of their stores, allowing customers to interact with them for the first time.