Remembrance day 2014: London falls silent on Armistice Day as last poppy is laid at the Tower of London 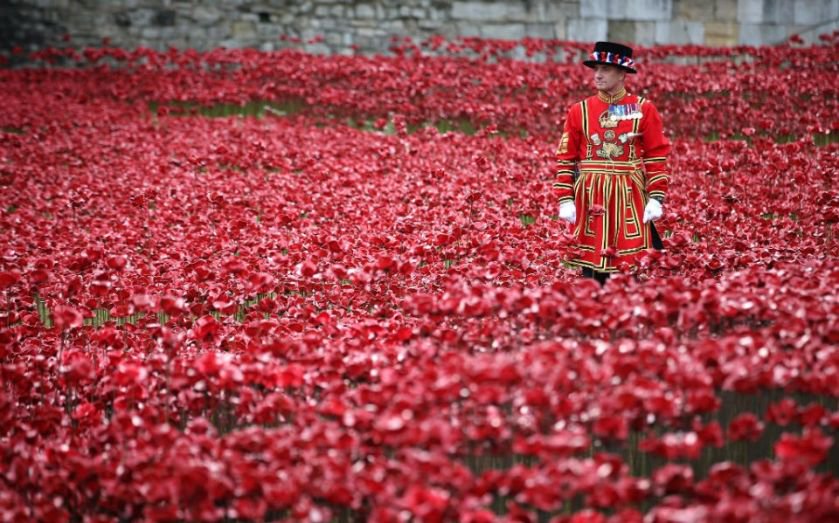 London came to a halt today as the capital fell silent in remembrance of those killed in action at 11am.

Two minutes silence was observed at 11am- the eleventh hour, on the eleventh day, of the eleventh month which marks the end of the First World War on Armistice Day.

Crowds gathered at the Tower of London to commemorate the fallen, where the installation Blood Swept Lands and Seas of Red has attracted unprecedented numbers of visitors wishing to pay their respects.

Tower of London constable Sir Richard Dannatt reads the names of the fallen before the last of 888,246 ceramic poppies was placed in the moat, completing the installation.

The day was marked by remembrance events around the world as far afield as Australia. Ceremonies were held at Ypres, Belgium, where the Menin Gate Memorial to the Missing is dedicated to the unknown British and Commonwealth soldiers who died there, as well as Kandahar, where the few remaining British troops in Afghanistan laid wreaths.

European leaders Francois Hollande and Angela Merkel, along with David Cameron, will later attend a memorial ceremony at the new International Memorial of Notre Dame de Lorette, known as the Ring of Remembrance.