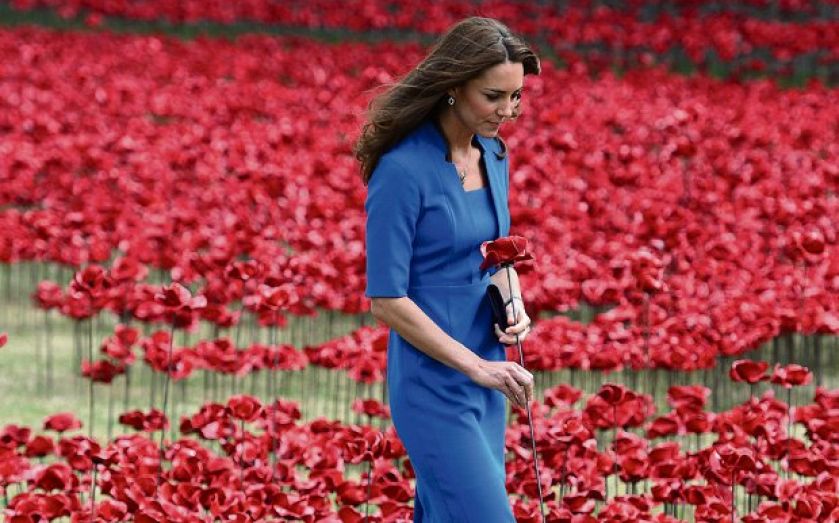 The Duchess of Cambridge walks in the Tower of London’s “Blood Swept Lands and Seas of Red” ceramic poppy field installation to mark the 100th anniversary of Britain’s entry into the First World War.
Kate Middleton was there with Prince William and Prince Harry as they paid their respects  to Britain’s heroes of the Great War .
The installation comprises hundreds of the ceramic plants and the royal visitors each planted their own commemorative poppy. The Tower project pays tribute to the 888,246 British and Commonwealth servicemen and women who died in the war.