Focus on Willesden: A well-connected area where North London buyers can upsize 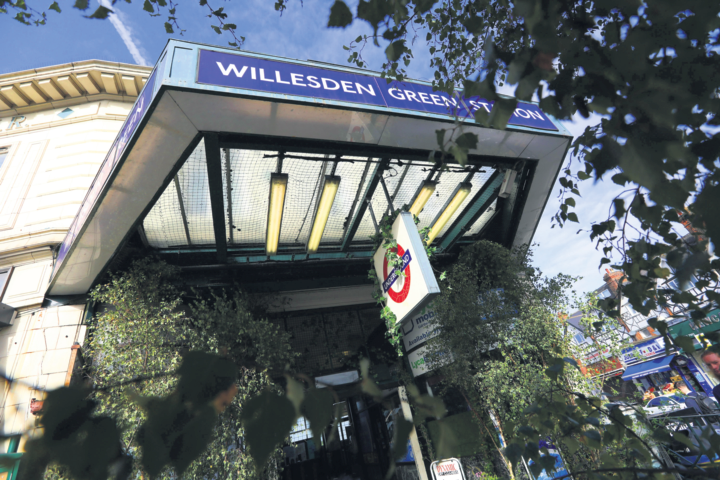 One of the universally acknowledged truths of the London housing market is that needing more space often means moving further out. But it need not mean going all the way out into the sticks – and the North West London neighbourhood of Willesden is testament to that.

While it is on the zone two-three border and is sandwiched between affluent West Hampstead, Brondesbury and Kensal Green, property prices in Willesden are more down-to-earth – and in the last few years it has attracted plenty of Londoners drifting outwards from the centre of town.

“When comparing Willesden with neighbouring areas such as West Hampstead and Queens Park there is great value for money to be found,” says Neela Patel, manager at Dexters.

Willesden is a large area covering no less than five different postcodes, so there is something for everyone when it comes to homes. The starting price for a one-bed apartment in the area is £250,000, while three-bed houses can be snapped up for as little as £600,000.

There is more value to be found the closer you are to the High Road, where prices average around £361,000 according to Savills, while the pricier properties are in the streets bordering Kensal Rise where you can expect to pay upwards of £1m.

First-time buyers have understandably been drawn to this neck of the woods, although as in many parts of London they might find it difficult to trade up the ladder. Frances Clacy, research analyst at Savills, says a terraced home might cost “more than double” that of a comparable flat, meaning that these particular upsizers might choose to “cast their net a bit further across the wider Brent borough or head a little further north west in search of their next home.”

At the top end of the market, Neale Jones of Marsh & Parsons Willesden Green says Willesden benefits from being “one of the first places out of central London where you can buy a large detached house with off-street parking and a decent sized garden for around £2m”. However, these kinds of homes don’t come to the market often, and as a result bidding can get competitive.

Find your ‘forever home’ in Mapesbury

Jones adds that families looking for their “forever homes” usually head to the Mapesbury Conservation Area, a cluster of tree-lined streets filled with Edwardian arts and crafts-style properties. They are attracted to the area by its schools – the wider Brent borough has more than 50 primaries that are good or outstanding – as well as its transport links. Willesden Green tube is six stops from Baker Street on the Jubilee line, while Willesden Junction is on the Overground. In 2026 its connectivity is set to get even better, when the HS2 ‘super-hub’ opens at Old Oak Common.

Historically not one to write home about, the high street is now being reinvented and was voted a ‘rising star’ in this year’s Great British High Street Awards. This is drawing in new arrivals such as upmarket bakery Gail’s, which is set to open soon.
All of these improvements mean that, while the area still offers good value at the moment, house prices are on the ascent.

“As people have moved into the area from central London’s fringes, house prices have risen and in the last five years Willesden has recorded growth of over 33 per cent against 20 per cent across London as a whole,” says Clacy.

If you’re in North London and want a bit more space to play with, Willesden could be for you – but don’t hang around too long.

Willesden’s café culture has really come on in recent years. Gail’s Bakery may be on the horizon for the high street, but Edward’s Bakery is the original, having served up its breads, cakes and pastries to hungry Willesdenites since 1908. The Marina Café is an all-day cafe-bar which offers up seasonal, locally sourced dishes that have the unlikely yet delicious inspiration of the ‘ancient Mediterranean’; while Sushi Masa is a family-run favourite catering to all of your sushi, yakitoro and saké needs.

Willesden is also home to one of four branches of the Beer + Burger store: a brick-walled, neon-lit posh burger joint and bottle shop where the tap list changes daily. The Queensbury gastropub on Walm Lane is a traditional, community boozer with a highly-praised menu and a huge selection of beers, wines and spirits. If you’re hungry for a bit of culture after all that food, The Brent Museum has more than 10,000 objects in its collection, cataloguing 50 years of the borough’s history.

Properties on the market in Willesden this week

Hoveden Road
£1.89m
This four-bed end-of-terrace home backs on to the Mapesbury Dell park and has an award-winning garden.
Call Marsh & Parsons on 020 8451 0420