Property focus on Sloane Square: This 1980s hotspot is experiencing a revival 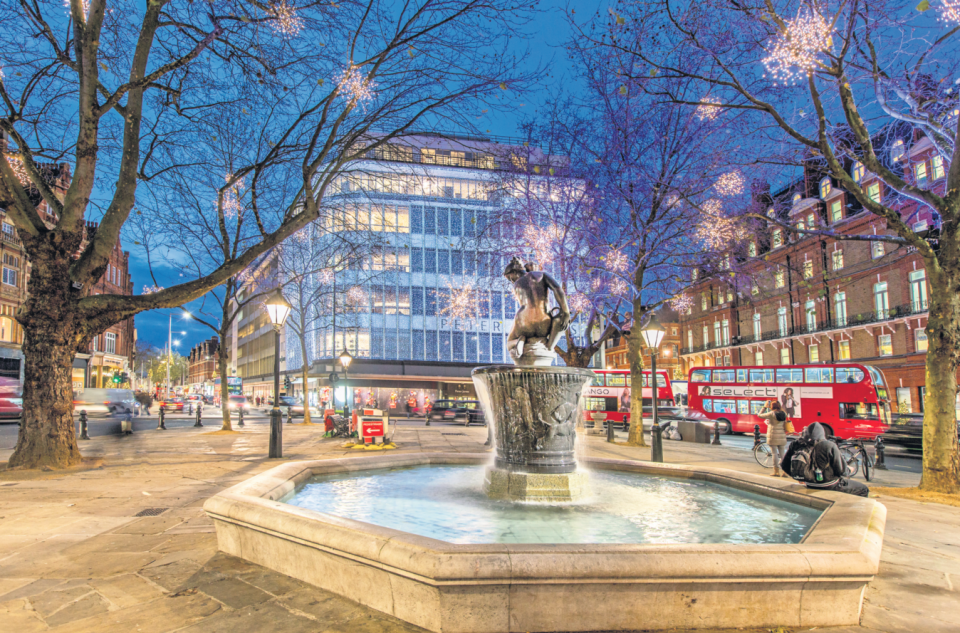 It may be famed for being the social epicentre for the young and blue-blooded in the 1980s, having lent its name to the Sloane Ranger set which included Princess Diana and Sarah Ferguson. But the area around Sloane Square is now getting a modern makeover – and vying with other parts of Chelsea and Mayfair to be one of the capital’s best postcodes.

“Move over Eaton Square and Belgrave Square – there is an old kid with a smart new look on the block,” says Charlie Smith, managing director of London Real Estate Advisors. The rejuvenation of the area around Sloane Square has been led by The Cadogan Estate, the family trust which owns much of the land in the area.

“The Cadogan Estate has worked hard on a masterplan to deliver a radical smartening up of the top of Sloane Street and the Square,” says Smith. “The apartment blocks overlooking the square are now some of the best residential real estate [in the area], with the potential to be on a par with Eaton Square, Belgrave Square or Grosvenor Square in the future.

Cadogan is also improving the retail offer on the King’s Road, which runs west from Sloane Square and has become a bit bland since its 1960s heyday. The Ivy Chelsea Garden and Gail’s Bakery have already established themselves on the street, and new names set to open soon include cult US fitness studio SoulCycle and Vardo, a new restaurant from the team behind Caravan in King’s Cross.

Sloane Square has always been popular with buyers from overseas, but there is a particular spike at the moment.

“We have a lot of overseas families looking in Sloane Square taking advantage of the weak pound, especially Americans, Chinese, whose children are going to be educated here, and Arabs, who know the area well and will always invest here,” says Laura Wilcox-Chandley, director of South Kensington & Chelsea at Marsh & Parsons. “But there has also been an increase in UK buyers.” This surge in activity is being fuelled by an assumption that prices in the area have hit bottom.

Read more: Focus on St John’s Wood – super-prime rentals are hot property in this US enclave

“Brexit fatigue, realistic pricing and recognition that we have likely reached the bottom of the market has encouraged many astute buyers to come down from sitting on the fence,” says Rowland Smith of Chestertons, adding that there have been many more sales in 2019 so far than in the same period in 2018. “Savvy buyers are still willing to invest in prime real estate in one London’s most exclusive and attractive neighbourhoods,” he adds.

Recently, his office sold a three-bed lateral apartment in a stucco-fronted development on Chesham Street for a “unprecedented” sum of more than £4,000/sq ft to an international buyer.

According to Savills, prices in Sloane Street and Knightsbridge have fallen by 12 per cent since the referendum, compared to a 13.6 per cent fall in prime London overall. Average home prices still slightly undercut the prime London average at £1,700/sqft.

The best properties in Sloane Square are generally considered to be the tall, narrow red brick terraces in Cadogan Square.

“There are some truly fabulous flats here that take full advantage of exceptionally high ceilings, particularly on the first floor, and views onto the lovely square and its tennis court,” says Nina Harrison, executive at Haringtons Buying Agency.

New developments under way include Qatari Diar’s £3.5bn Chelsea Barracks, which comprises 375 homes and Citygrove’s The Clearings, 76 apartments located on the site of a former depot for John Lewis-owned department store Peter Jones.

It’s been a while since Sloane Square was the place to be in the 1980s – but if its lifestyle offer keeps on improving, maybe its time will come again.

On the market this week

This much-loved family home has been in the same ownership for 22 years and retains many original features. It is grade II listed and has four bedrooms, a first floor drawing room and west-facing garden.

This maisonette is ideally located with Sloane Street to the east, Harrods to the north and King’s Road and Sloane Square to the south. It has three double bedrooms, two bathrooms and a dressing room.