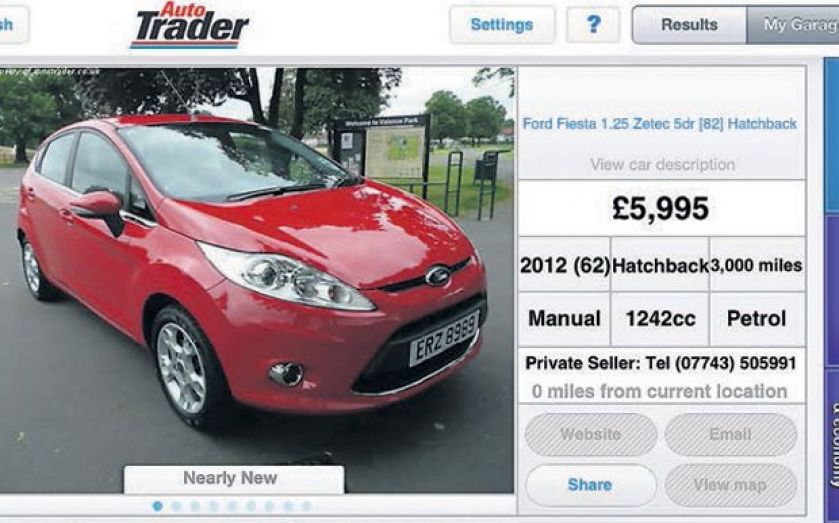 PRIVATE equity firm Hellman & Friedman is putting together a takeover bid for used car business Auto Trader, which could put an end to the firm’s plans to float on the London stock market.

A source close to the deal said an offer from the US private equity house was a “logical step” for Auto Trader and its current owner, Apax. Reports that Hellman & Friedman was interested in acquiring the motor business first circulated at the beginning of 2013, and the source told City A.M. that the firm remains keen to buy into Auto Trader.

Apax reportedly blocked a bid from Hellman & Friedman in January 2013 as it was attempting to reach agreement with GMG around purchasing the remaining half of Trader Media at the time. At that point, other potential bidders were rumoured to include US investment firm KKR and German media conglomerate Bauer.

Hellman & Friedman is reported to be preparing a £2bn offer for the business, which could offer a better return to Apax than a listing. The company appointed Bank of America Merrill Lynch and Deutsche Bank last month to advise on a potential float.

Both Apax and Hellman & Friedman declined to comment yesterday.

WHO ARE HELLMAN & FRIEDMAN
They’ve been called the corporate odd couple but Hellman & Friedman founders Tully Friedman and Warren Hellman helped establish one of the biggest firms in private equity when they opened an office in San Francisco in 1984. Friedman, a former investment banker at white-shoe Salomon Brothers, formed an unlikely alliance with Hellman, a fanatical marathon runner who would often take in 50 miles a week. The duo went on to invest in everything from jeans (Levi-Strauss) to dolls (Mattel) until they split amicably in 1997 when Friedman left to set up a new firm. Hellman stayed on until his death in 2011. The modern-day H&F is a very different beast. Now on its seventh fund, which has $8.9bn of capital, it is led by chief executive Philip Hammarskjold, with offices in London and New York. Head of the London office is managing director Patrick Healy, who leads the team and is also deputy chief executive of the firm. Healy is also a director at UK-based portfolio company Wood Mackenzie.